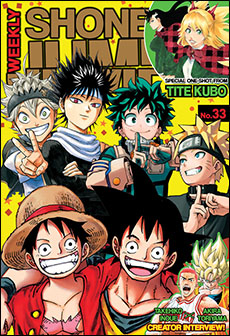 Feast your eyes on this sweet cover celebrating 50, yes that's right, 50 years of the greatest manga magazine in the world--Weekly Shonen Jump! And this cover is extra special because different mangaka drew each other characters! That Goku/Luffy face is gonna stay in my mind forever!

We're officially off and running on a brand new story arc! I love beginnings. In fact, my favorite part of video games, especially JRPGS is the beginning when everything is new and there's a sense of discovery. That's why I get a big kick out of new arcs, especially new One Piece arcs because they're usually in a new exciting land. And this land happens to look a lot like Japan! Enjoy! 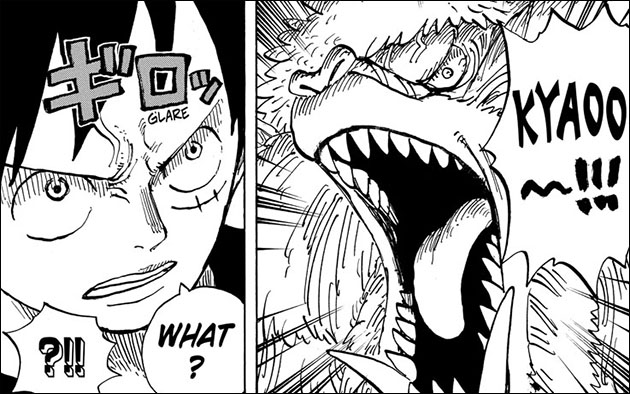 Endeavor's lived under All Might's shadow for a long time, and now he's in a fight that just may finally change that. He's the top hero and that title comes with a lot of responsibility. And a lot of danger, the kind of danger that he's facing right now. Will he burn bright and light up the future? Or burn out and pass the torch to another? Find out!

Burn the Witch
by Tite Kubo 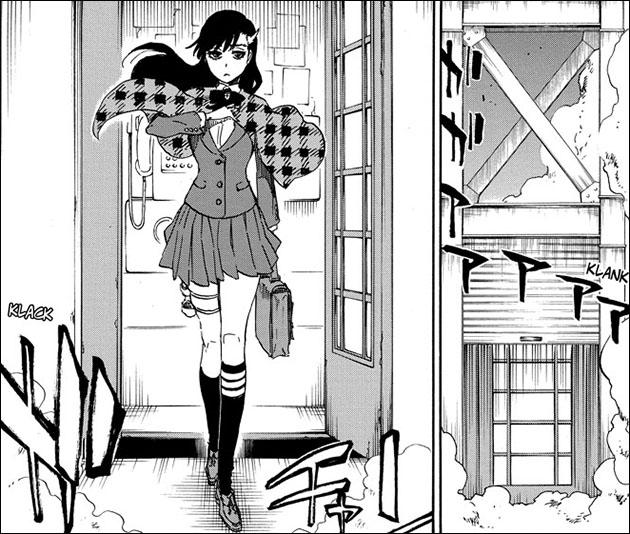 One of Tabata Sensei's greatest strengths is taking battles in a totally unexpected direction. And the mecha Black Bulls headquarters robot thing is a perfect example of that. In this chapter, we get to see it in action and it's a hoot!

It's the final JUMP START chapter of Alice & Taiyo! Much of Weekly Shonen Jump consists of people yelling things then punching each other, but a good chunk is about following your dreams--and that's exactly what this manga was about. Specifically, the dream of making music! A very entertaining and refreshing subject. I hope this manga does well!

I thought this new evil chef arc was going to be a wacky/funny one, but it just got real. Like for realz, real! Like, the realist real real can get! I daren't spoil the surprise, but you will be SHOCKED! 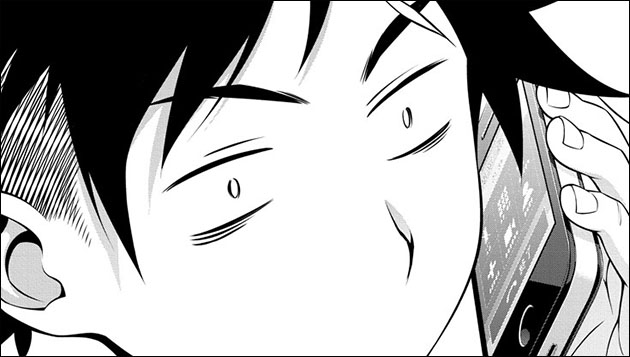 The kids have bucked the odds and bested the demons who have been hunting them for food. But victory on the battlefield usually comes at a price and in this one certainly did. Find out what the plan is next!

The poll results from both Japanese and English are in and it's a mind blower! Usually, there are some differences in which characters are picked in each country, but I'm absolutely baffled this time. And as for the chapter, Senku's going forward with the next phase of his crazy plan to make Tsukasa's side think America still exists by playing a famous record. Yes, you read that right. See if it works! 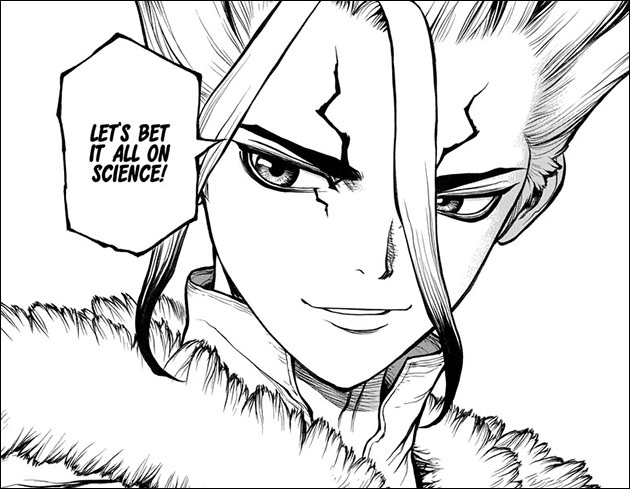