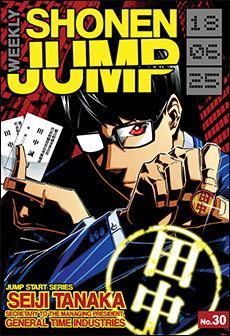 There's been a lot of wacky JUMP STARTS that have come and gone since we started the program, but this one is for the books! A story about a time-traveling secretary who's determined to stop his future boss from assassination...with exploding business cards! I think you're gonna enjoy this one!

This is one of those manga where I wish I was a fly on the wall during the pitch meeting. A Japanese-speaking fly, that is. They must have laughed super hard when the artist and editor pitched this, it's a hilarious idea. A time-traveling businessman battle manga? And one that looks like it's got a heart, not just gags. This is my kind of story! 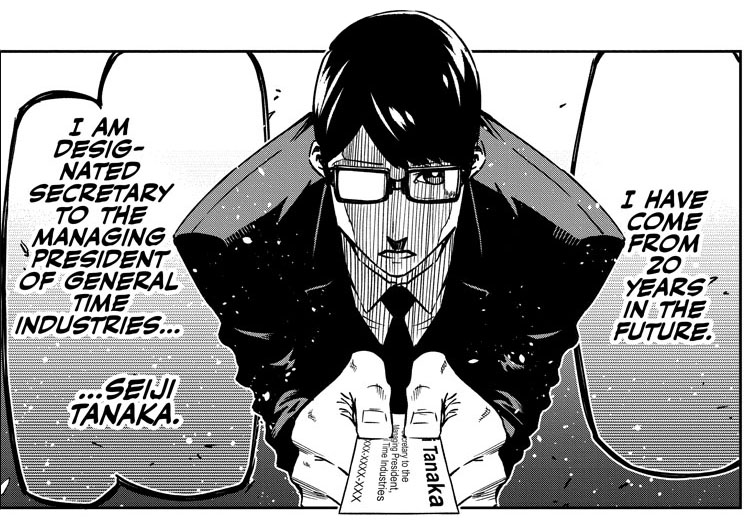 I wanted to see Endeavor fight and I got it! Watching Endeavor unload with his insane fire powers looks amazing in the manga and it'll look totally nuts when it's animated. Can't wait! And it's not just a cool fight, it's a battle full of surprises. One of them being, this Nomu is not your ordinary baddie--nomu way! (Yes, my Quirk is making terrible puns.)

I have a cell phone, but I never do cool things with it like they are in this manga. Then again, I'm not fighting for the future of mankind. Well, I vote, but that's not quite the same. Anyway, Senku's been on a roll busting out new gadgets like a stone age Batman. But having better technology doesn't always mean you'll win the war. Especially against a determined opponent! 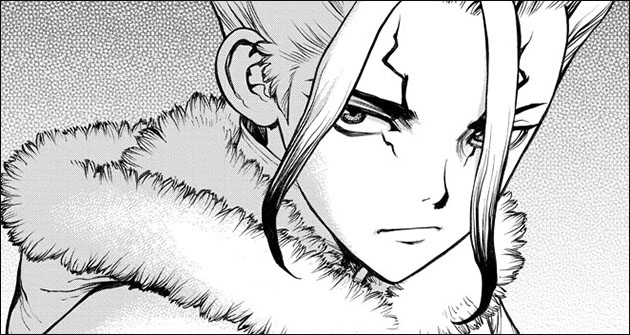 It's always funny for an American to see how we're represented in Japanese manga. Often, we're giant-chined super smiley musclemen. Sometimes we're really hairy. And sometimes, we're jerks. Like really jerky jerks. I never take offense, because I've seen Americans in Japan and I hate to say it, but that's often not too far from the truth. But the evil American chef in this chapter takes the arrogant American stereotype to new extremes! And it's hilarious! 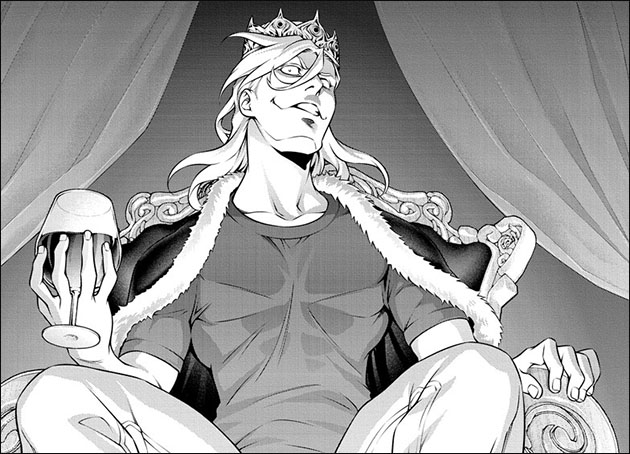 Do you remember your first kiss? I do. It was with someone in a big furry mascot suit. Just like in this manga! Yuiga is still reeling from recent events of accidentally kissing (this is a manga with a lot of accidental kissing) Furuhashi on stage. And now he has to do some soul searching and wrestle with a question that's stumped the greatest thinkers of mankind for ages--if you kiss someone in a mascot suit, does that actually count as a kiss?

THIS IS THE GREATEST CHAPTER OF YU-GI-OH! ARC-V EVER!!! Well, at least in my opinion. It's the chapter that finally explains why Yuya's got so many different personalities. Not just that, it explains many of the mysteries of the manga. I love these kinds of chapters, finally some answers! 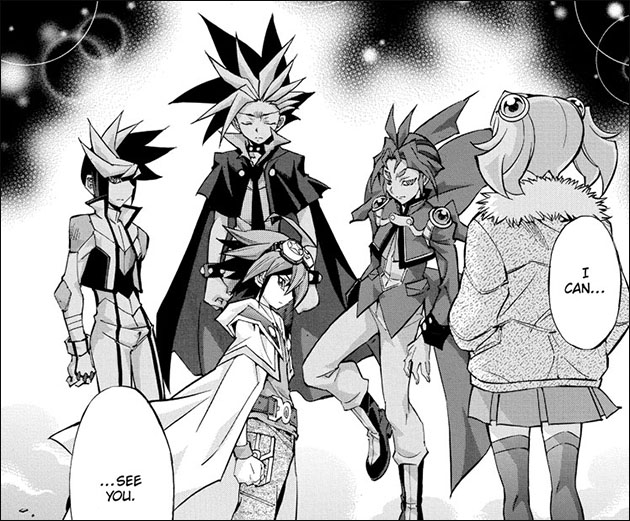 The fight with Leuvis is getting more and more intense as the kids have some fresh reinforcements, super buff reinforcements that can throw parts of houses! Leuvis if finally starting to realize that he may have bitten of more then he could chew. Even with all those gross demon teeth! But the fight could still go either way as this bad guy is not just insanely strong, but super smart!

Fight! Fight! Fight! If you love super hyperactive battle chapters, this chapter will please you greatly. I've seen thousands of fights in manga, but this one really is off the charts in terms of energy and impact. There's so much action you'll feel like your eyes are going to pop out of your head! Need an energy drink? No, you don't--just read this!

It's always bittersweet to see the last chapter of a manga. Especially, one as memorable as Robot x Laserbeam. There have been numerous sports manga in Weekly Shonen Jump, but none that I can think of with a character as unique as Robo. So long, Robo-kun, I'll never forget you!