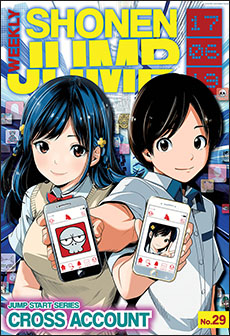 Say hello to Daichi, a.k.a. Mr. Harmless. Because of his compulsive need to be liked, he never makes waves and maintains an easy going attitude. So easy going, everyone thinks he's a dud. But online he's a stud! His angry otaku online persona has garnered him thousands of followers! But real life and online life are two very different things. A lesson he's going to learn the hard way!

The Straw Hats and allies are in the soup now! Their highly coordinated assassination plan has totally failed! Now they've incurred the wrath of Big Mom and her followers. And she's got some of the toughest tough guys that ever toughed it out in her employ. Luffy's been outclassed before, but this is an Emperor of the Sea! And she's really, really, really mad. I have a feeling this Mom believes in corporal punishment!

Tamaki's got his hands, err tentacles, full as he takes on three of Overhaul's super-powered henchmen. Although he's in the top three of U.A., fighting against three opponents is no easy feat. And he doesn't know the full extent of their powers yet, something he's going to learn in this chapter! 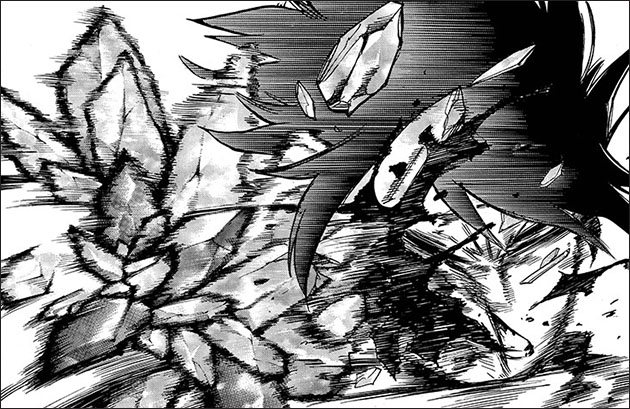 Akira has wowed team Hamanishi FC with her skill and showed them that they're better than they thought. In fact, with some more training, they might actually get good. But there's a problem...she's a girl! And team player Soshi gets a big shock when she shares a ride with him and ends up eating dinner at his house! Get ready for youthful awkwardness!

The magic tournament is in full swing and one of Asta's teammates is still sleeping! Meanwhile, Asta's opponents are hammering him with powerful, long-range magic attacks. If they don't come up with a counter attack soon, or some coffee for the sleepyhead, this is going to be one short tournament! 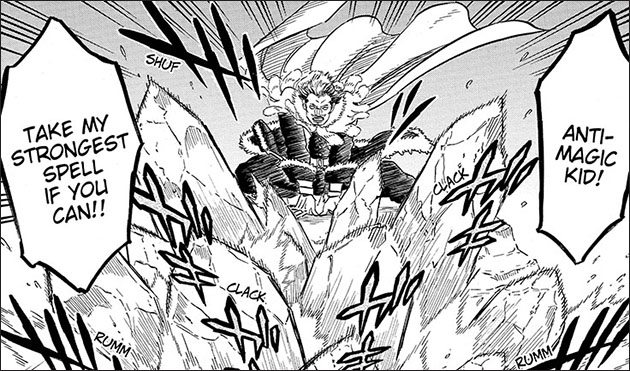 Ray's in trouble! He bravely chose to lead the demonic dog away from the other kids so they could live, but his sacrifice may end up costing him more than he bargained for! He's the smartest of the bunch, but he's all alone and facing a foe that's incredibly powerful and virtually unknown. Does Ray have another trick up his sleeve?

Yuiga's so poor that he has to eat bread crusts for lunch. Yes, in Japan, bakeries sell the bread crusts super cheap because no one wants them. But when Uruka hears about it, she's determined to make him a special lunch. Unfortunately, it doesn't go exactly according to plan. Who would have guess?!

It's Kuga vs. Tsukasa! A grudge match! But a grudge that only goes one way, Kuga against Tsukasa. Just why is Kuga so hot to go against the first seat of the council? Wouldn't Kuga want to battle against a lower and easier seat? Find out why he's got his sights set on the top!

Senku's in trouble! His neck's been hit by the brute force of Tsukasa's attack! Can Taiju and Yuzuriha heal him? They better hope they can, because without Senku, how will they survive? Is civilization over? Again?!

Robot's been running his pants off trying to get his endurance up so he can play golf with the big boys! But the human body can only take so much before it gives out. Then again, he is a Robot! Will all his hard work pay off in time to make the team? Or will he go back to watching people sing karaoke with a blank look on his face?