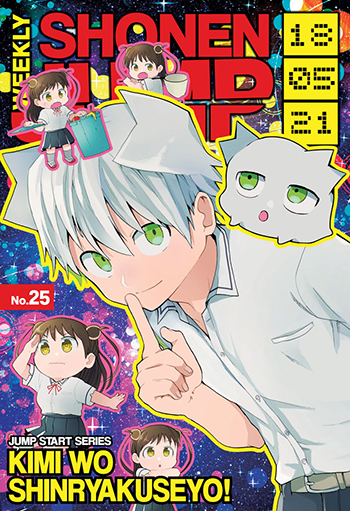 It's a glorious new JUMP START! And it has that wonderful new JUMP START smell! Ahhhhh...take a deep breath and breathe it in. Watch as this title begins its swim upstream against the currents of chance and fate. Will it succeed and defy the odds? Can it survive the many pitfalls and dangers along the way? Will a bear eat it?! Let's hope, not! Please enjoy and cheer on, Kimi Wo Shinryakuseyo!

Hajime Sorajima's got a terrible hairstyle! It's so weird it's downright embarrassing. But his hair's got a secret...it's not hair! It's the horns of an alien body! A cute little alien body! One that can transform into a human. Normally, he has no problem living among humans and his secret is safe. That is until he meets a strange girl named Ria Aiba who's convinced he's an alien! Will she blow his cover? Find out in this wacky new JUMPSTART! 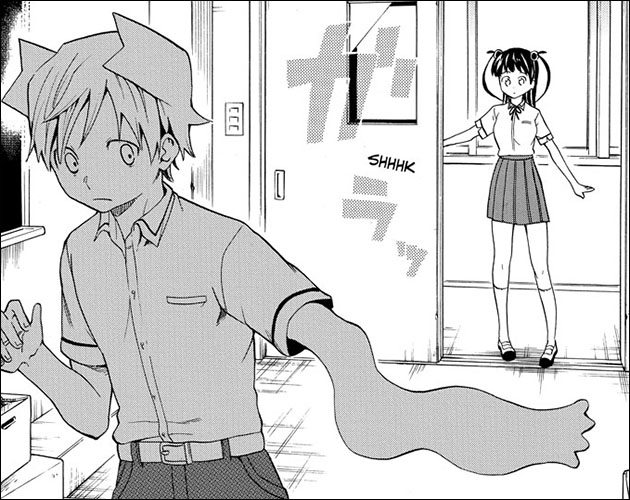 Emma's time is almost up, and she's facing possibly the strongest and most intimidating of all the demons—Leuvis! But before they go at it, Emma makes one last plea to try and avoid further bloodshed. Can you reason with a demon? Especially one as cold and calculating as Leuvis? Is this Emma's last stand?

Another unbelievable chapter of Robot x Laserbeam! Robo-kun continues to pull off impossible shot after shot! Is he even human? No, he's a robot! He's not really a robot, although if he was that would be the greatest manga plot twist of all time!!! 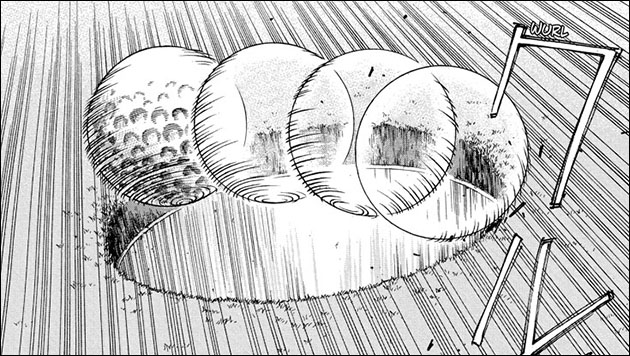 In the last chapter, Momiji stunned the world by defeating a player he was expected to get destroyed by. And that upset propelled him into a bit of fame in the shogi world. But that was only one match! Will the fame or pressure get to him in his next outing? Or is this be beginning of a legend?

Asta and gang were up to their necks in high-powered magic attacks last chapter. It was looking pretty Grim-oire! Can the combined power of Asta and Yuno defeat the elves? Like a wise man once said...never trust an elf! 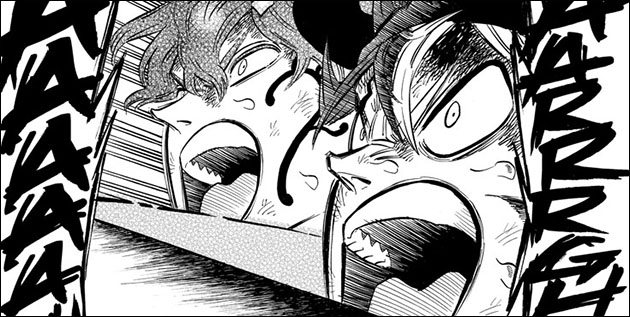 Horikoshi Sensei delivers on the rest of the school festival. Get ready for plenty of laughs, wonderful character moments and some tenderness as well. And some excellent art! He even managed to sneak in a little Gentle and La Brava. A perfect chapter! Enjoy!

In the last chapter, everybody got naked! Even the mean old Dean had his clothes fly off to reveal his evil-looking undies! When you eat something so good that it makes your clothes fly off, even when you're absolutely opposed to the idea, you have to admit defeat. That's just the way the world works. But will the Dean relinquish control of the institute? Have they really won and if so, now what? 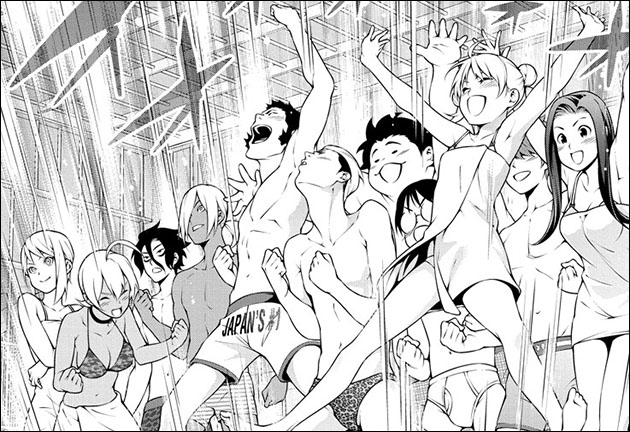 To be frank, when Senku first announced his big plan was to make cellphones, I was kinda like, "Uhhh...sure." But since that chapter, the manga's been cooking along, and bit by bit, his crazy plan is becoming more believable. Just like the villagers that first doubted him, I'm slowly being convinced. This is the power of great storytelling—when you can coax a doubtful reader along and get them to buy into whatever is happening, no matter how crazy it seemed at first! Nice work, Inagaki Sensei and Boichi Sensei!

The tables are turned in this chapter because guess who needs tutoring in the swimming pool? That's right, Yuiga! He's a whiz with facts and figures, but when it comes to swimming he floats like a rock. And later, Uruka reveals her inner turmoil regarding the pressure of being a competitive swimmer to Kirisu Sensei! After this chapter, you may see both characters in a whole new light! 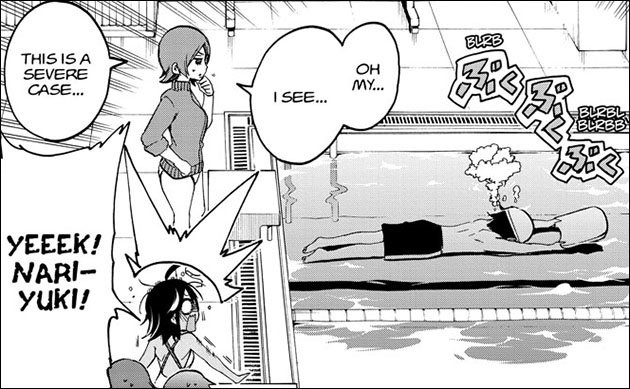 Dynamic duels and deadly card combos in this delightful chapter of Yu-Gi-Oh! ARC-V! Not only are they're insane monsters and crazy card combinations, there's some major reveals that'll blow your mind! Including one about Yuya's strange multiple personalities!