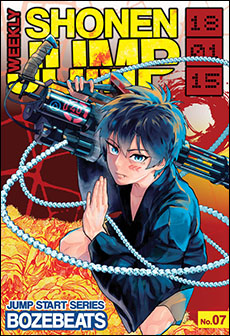 A new face on the cover of Weekly Shonen Jump usually means one thing--a new JUMP START! And I think this one's going to be popular. It's got great art, a cool concept, lots of action and great art. Did I mention the art? The name is BOZEBEATS, which may sound like a music-related manga, but it's about demons and exorcism. "Boze" is Japanese for monk and "Beats" means...uhh...I dunno, but it sounds cool! Enjoy!

A "boze" is the head monk of a temple or monastery who saves others with the teachings of Buddha. But they don't usually carry around Gatling guns! Then again, real monks don't usually fight scary looking demons that eat human souls like Skittles. Welcome to the world of BOZEBEATS! Ryudaiji's a tough guy monk with a grim face and very large gun. While investigating the rumors of a demon in a mysterious forest, he meets a most unusual child who's hanging out with a huge wolf. Just who is this kid and how is he tied to these cursed woods? Find out in this thrilling new JUMP START! 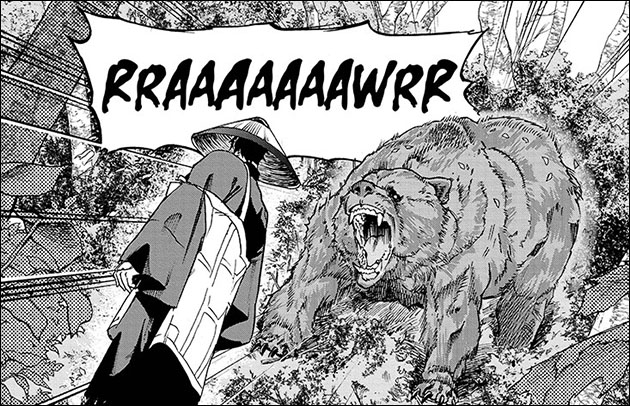 Todoroki and Bakugo are having a hard time beating little kids. Or rather, not beating them, but winning them over under the watchful eyes of their teacher. These kids have powerful Quirks and they're not holding back! The super cute, but kind of dangerous battle continues!

The story shifts back to focus on Luffy's battle and it's, uh, not going so well. He just can't seem to get a fix on how to beat this guy. Luckily, he can take a beating. Actually, out of all the characters in Shonen Jump manga, he can probably take the hardest beating and still bounce back. Literally. But for now, there's no end the abuse in sight. Has our rubbery friend finally met his match? 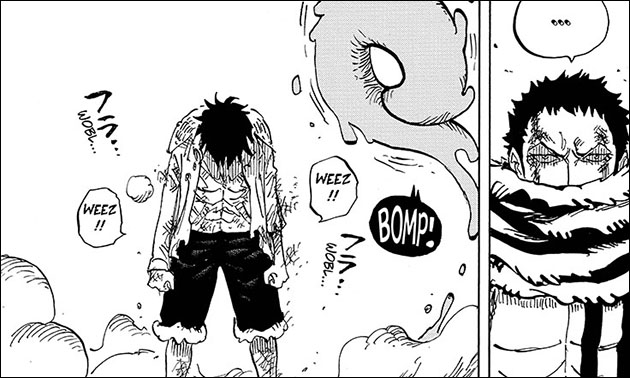 It's another sweeeeet chapter of Food Wars! as the Divine Tongue, Erina, cooks up a delicious dessert for the judges. Can she hope to beat Momo, the cutest cutey that ever cooked up a cutey-cute desert? And will the judges get diabetes by the end of this fight? All will be revealed!

Last week's chapter ended on one heckuva mystery--why is the village Senku's been named the chief of already called "Ishigami Village?" His last name is Ishigami! But he's been a stone for thousands of years, how could the village possibly have his name? The answer will surprise you! It actually will surprise you, there's no way anyone could have guessed this!

Just who is this mysterious, hairy character that made a surprise appearance in the last chapter? And where has this person been the entire manga? Both those questions will be answered and in a hilarious, but heartfelt way. Tabata Sensei is a genius at coming up with interesting characters and he does it again. Enjoy!

Robo-kun's in for the game of his life against Dorian. Although they're both ridiculously skilled for young golfers, they both have flaws too. Flaws that keep coming back to bite them. But the match is far from over and each of them has a burning desire to win. Who will come out on top? 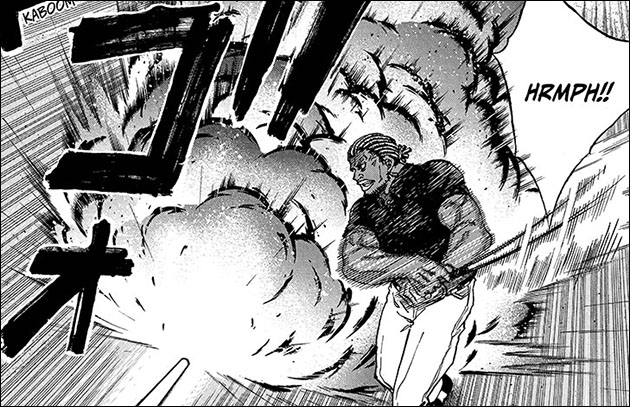 Yuiga's in a big mess again! But this time, it's not really his fault and he's not even aware of the mess he created. His housework-challenged Sensei's little sister has it in her mind that he's dating her "perfect" big sis. Of course, he's not, but she doesn't know that and is determined to break them up--by making Yuiga like her! Naturally! What else would a girl do? Haha, enjoy another silly, but thoroughly entertaining chapter of We Never Learn!

Some of the mysteries in this manga will be explained in this chapter, but as one thing is explained, more questions pop up! One of The Promised Neverland's greatest strengths is that it keeps the reader guessing and in a constant state of anticipation for more information. And this chapter is a perfect example of that. We find out a few key things, BUT a new mystery is dangled before us. A mystery involving Minerva! 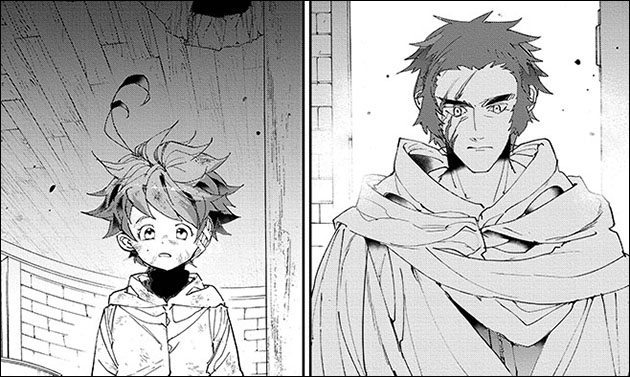