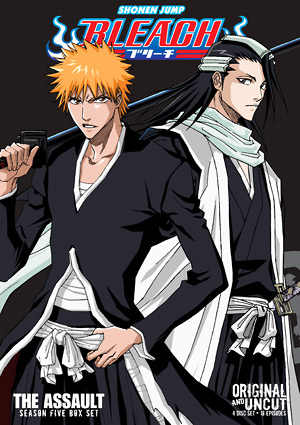 The deadly Bounts have infiltrated the Soul Society seeking revenge, and Ichigo and his comrades are quick to follow. But with the large amounts of reishi available in the Soul Society, the Bounts' power seems nearly limitless, and even the most formidable Soul Reaper captains have a grueling fight on their hands. At the Department of Research and Development, Bount leader Jin Kariya is after the Bount Crest known as Jokaisho, which has the power to blow all of the Seireitei away, and only Ichigo and Chad stand in his way! Episodes: 92 thru 109 (Original and Uncut)Bilingual (Japanese & English)English Subtitles