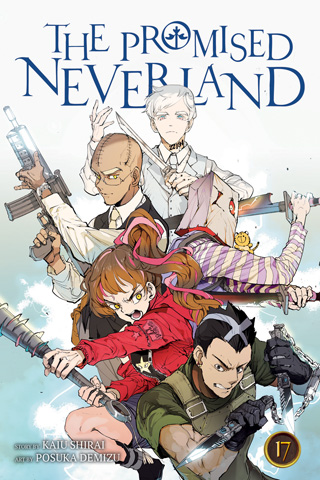 Norman sets in motion his plan to wipe out the demons as he leads his army into the demon capital. But he’ll need all of his cunning and trickery to have any hope of defeating the most powerful demons in the kingdom, including the queen. Meanwhile, Emma and the other children race to the capital to stop Norman before it’s too late!

If you like The Promised Neverland, VIZ Editors recommend: