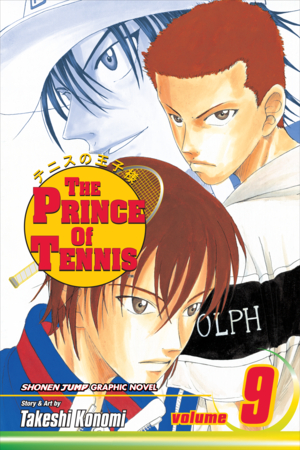 The Prince of Tennis, Vol. 9

The much-anticipated match between Seishun Academy 's Ryoma Echizen and St. Rudolph's Yuta is underway, and neither of them is giving in to each other's intimidation techniques. Upon orders from Hajime, St. Rudolph's cunning team manager, Yuta must aim for Ryoma's left eye, which was accidentally injured during his previous match. Battling all odds to secure his team's victory--as well as his own on-court safety--can Ryoma formulate a strategy to tame Yuta's killer twist spin shot? And is Yuta really that evil?