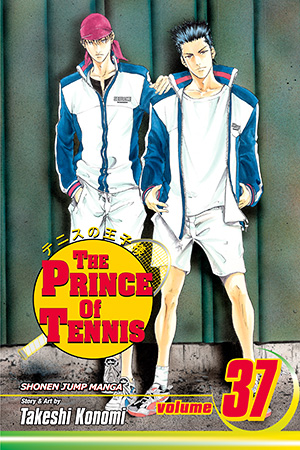 Seishun's semifinal matches against Shitenhoji continue, and now it's Kaoru and Momo's turn in No. 2 Doubles. Their opponents, Koharu Konjiki and Yuji Hitoji, are highly skilled players but have a style that's a little...unusual. Next, two power players step onto the court for No. 2 Singles: Taka and Gin Ishida, the originator of Taka's Hadokyu shot. In this match of Hadokyu vs. Hadokyu, it's the last player standing who'll win!