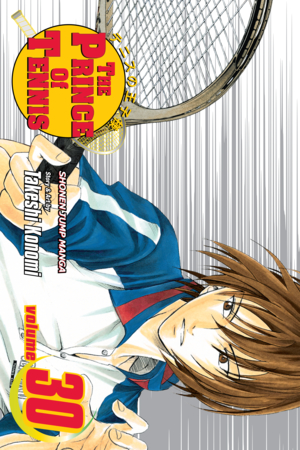 As the match between Ryoma and Higa's giant Kei Tanishi continues, it's apparent to everyone that Tanishi is in control of the game--to everyone except Ryoma, that is. Higa continues to dominate in No. 2 Doubles, with Taka and Shusuke paired up against Hiroshi Chinen and Rin Hirakoba. Now Seishun's hopes rest on whether Shusuke can figure out how to effectively counter Rin's lethal "Habu" shot.