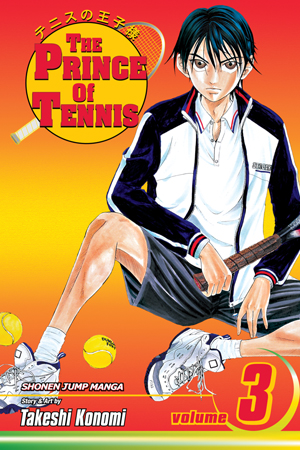 The Nationals are coming and Seishun Academy has started training harder than ever! During practice, Rikkai Junior High School's 8th-grader ace Akaya Kirihara spies on Seishun Academy's team. Luckily, he is caught and escorted off the courts. But on the way out, he bumps into none other than Ryoma Echizen, the Prince of Tennis. Tension soars as these two ace players size each other up knowing that someday they will engage in battle to see who is the stronger player. Soon after, Ryoma and Momo get drawn into a doubles match--street tennis style! Can these two star players ever learn how to use their legendary skills to play good doubles?