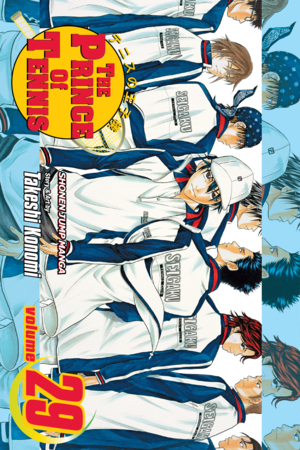 After arriving at the Nationals, Seishun scouts their upcoming opponents: their old rivals Rokkaku and an unknown team from Okinawa, Higa Junior High. After watching Higa mow through their first-round match-ups, the Seishun players are taken aback by the team's dominance. But there's no time for doubt--the second round is starting, and it's Ryoma versus Higa's heavy hitter, the giant Kei Tanishi and his unreturnable "Big Bang" serve.