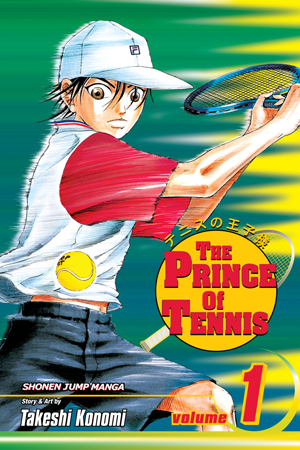 The Prince of Tennis, Vol. 1

There is a rumor going around that a twelve-year-old boy is going to enter the sixteen-year-old and under tennis group. How can someone so young ever hope to compete with kids much older and more experienced than him? This is no ordinary kid: he is none other than Ryoma Echizen, the Prince of Tennis! Ryoma's father was destined for greatness until he injured himself during a match, ending his career forever. His talent was passed on to his son, who is determined to be the best tennis player in the world. Can the prince gain the respect of his fellow teammates despite his small size and young age? Find out in this intense sports manga!