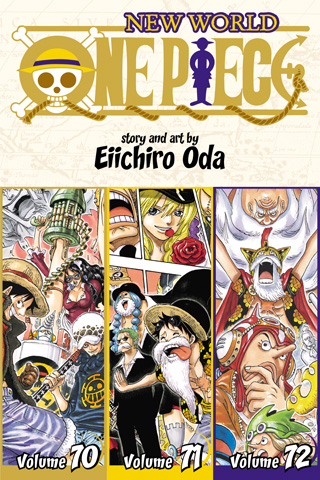 Now that they’ve reached the New World, Luffy and his Straw Hat crew are closer than ever to reaching their goal, and their adversaries are not happy about it. Don Quixote Doflamingo, one of the Seven Warlords of the sea, controls a vast arsenal of bizarre weapons…and he’s eager to use them to defeat Luffy!