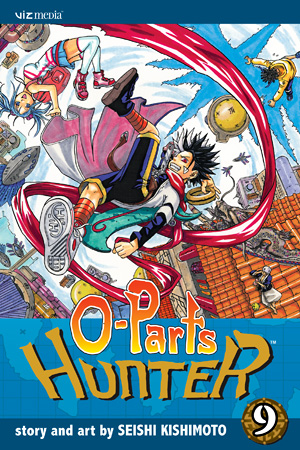 The Olympia tournament has begun, and Jio is ready to do battle in the preliminary rounds! But his opponent Anna has some wily tricks up her sleeve...as does Ikaros, the leader of Rock Bird! The action heats up when the tournament moves to a spherical arena where participants can fight in zero gravity! Along the way, Jio meets some more of his fellow contestants, including the steadfast Kite and his ailing friend Yuria. Can Jio win the tournament and help his newfound friends?