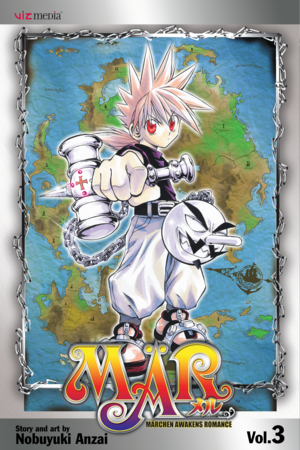 With Princess Snow safe at last, Ginta, Jack, and Edward rest their feet and prepare for their next quest. During their much--deserved feast, Edward tells Ginta the story of a former Cross Guard leader--a man that actually defeated Phantom--but who has long since passed from this world. If Ginta and Jack hope to follow in this ancient hero's footsteps, they must become one with their weapons, and there's only one way to do that--to enter the Gate of Training. But once their party is inside, will Edward be able to protect the Gate's entrance if the Chess Pieces seize upon this opportunity and attack?