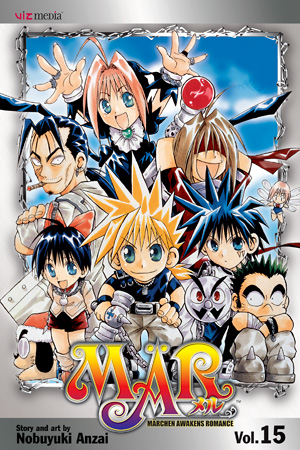 Ginta and Team Mär have one final mission--to save Snow from the clutches of evil Queen Diana. The stakes get even higher when Diana announces her ultimate goal--the domination of Ginta's world after she takes over Mär Heaven. And Ginta is devastated when the identity of the Chess King is revealed--an opponent Ginta never imagined he would have to fight!!!

The climactic conclusion to the MÄR series! Don't miss it!