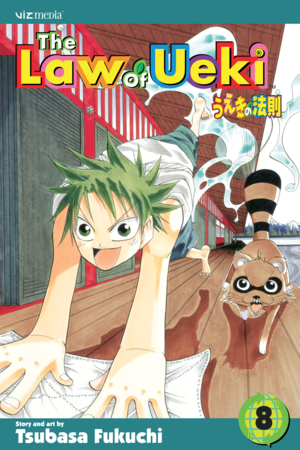 Welcome to Dogura Mansion--amusement park of the underworld! Ueki and his allies have entered a deadly game against five members of Robert's 10 in a mini-battle tournament! Set in five funky fields, two bouts have already been fought, with one win for Ueki's team and one draw. And for some reason, Ueki's old pal Seiichiro Sano is fighting for the other side in this one. What's a tree-loving do-gooder like Ueki to do?