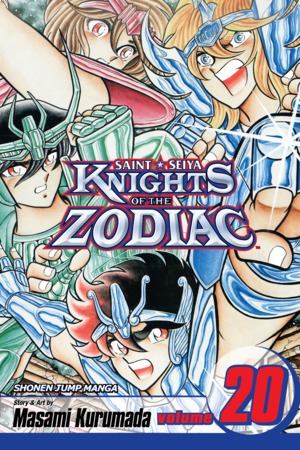 The army of Hades has descended upon Sanctuary, and Athena's Knights face new horrors at every turn. The Gold Knights killed in past battles have returned as undead warriors of Hades. And with them come even more powerful Specters, supernatural beings sent by Hades to enslave the world of the living.

But for the defenders of Sanctuary, defeat is not an option. Rôshi, ancient leader of the Gold Knights, reveals a secret power granted by Athena in the last Battle of the Gods. Shaka, the Virgo Knight, unleashes his sacred Buddhist powers upon the unholy invaders. And the Bronze Knights--Seiya, Hyôga, Shiryû and Shun--are ready to leap into the fray and prove themselves the equals of the greatest of Athena's Knights!