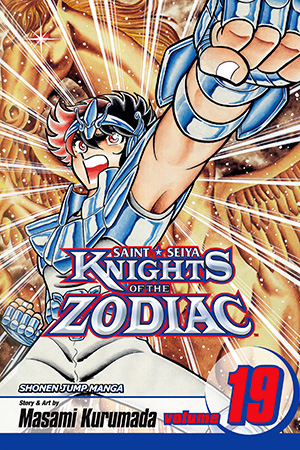 Centuries ago, at the end of the last Battle of the Gods, Athena captured the forces of evil and sealed them away. But her seal is weakening, and now the 108 dark minions of Hades are poised to destroy Athena's Knights and conquer the world!

When shrouded figures invade Sanctuary, Seiya races to stop them. He's shocked to recognize the invaders as friends and comrades who fell in battle. Now denizens of the underworld, the former Gold Knights have become Specters, grim warriors of Hades. They've pledged themselves to Hades--and vowed to take Athena's head! And the Specter horde is led by none other than Aries Shion, the long-ago Master of Sanctuary!

The Knights face their most horrifying challenge yet in the first volume of the unforgettable Hades Saga!