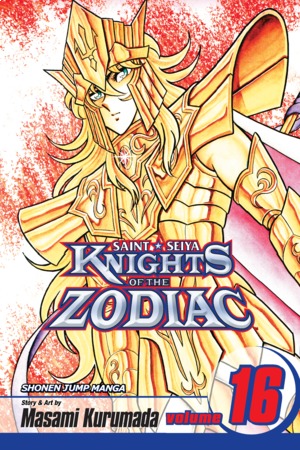 When the god Poseidon unleashed the wrath of the seas, cloaking the world in flood, one woman stood against him: Princess Sienna, the incarnation of the goddess Athena. But now Princess Sienna has been captured, and the hope of the world rests on the Bronze Knights.

As the Knights fight Poseidon's forces for control of the pillars of the seven seas, their closest friends and loved ones rush to their sides. Hyôga is reunited with his mentor, Camus, whom he thought dead. Shun is joined in battle by his beloved older brother, Ikki. And Seiya's masked mentor, Marin, finally answers the question he's never dared ask: is she really his long-lost sister? But Shun senses something wrong. Are these happy reunions all that they seem…or have the Knights been lured into the most insidious trap yet?