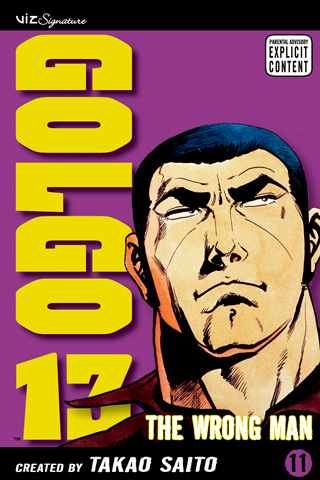 1996: Okinawa, Japan's smallest prefecture, holds 75 percent of the U.S. military presence in Japan. When a Self-Defense Force officer is murdered by his associates, Golgo steps into the ominous discontent behind one of Japan's greatest controversies! Then, it's known that Golgo 13 will kill anyone who tries to impersonate him. But if you're merely mistaken for him by a Chicago crime boss, will you be granted any mercy? Plus FILE 13 brings you part two of an extensive interview with creator Takao Saito!