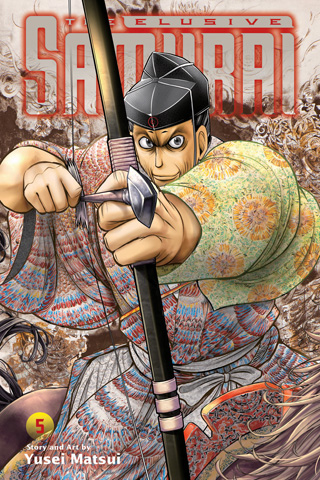 In order to seize the Suwa domain, the conniving governor of Shinano, Ogasawara Sadamune, seeks to prove that Tokiyuki, in his guise as Chojumaru, is a Hojo clan survivor. Tokiyuki must face the all-seeing gaze of his adversary, as well as Sadamune’s equally perceptive henchman. And even if Tokiyuki can escape Sadamune’s machinations, his trials are far from over. When Suwa’s hard-pressed allies come under attack from superior enemy forces, Tokiyuki and the Elusive Warriors must ride to their aid. Can they snatch victory from the jaws of defeat?

If you like The Elusive Samurai, VIZ Editors recommend: