A young samurai lord struggles to retake his throne.

Created by Yusei Matsui | MoreLess about The Elusive Samurai

In medieval Japan, eight-year-old Hojo Tokiyuki is the heir to the Kamakura shogunate. But the Hojo clan is in decline, and Tokiyuki’s peaceful days of playing hide-and-seek with his teachers come to an abrupt end when his clan is betrayed from within. The lone survivor of his family, Tokiyuki is the rightful heir to the throne, but to take it back, he’ll have to do what he does best—run away!

Yusei Matsui was born on the last day of January in Saitama Prefecture, Japan. He has been drawing manga since he began elementary school. Some of his favorite manga series are Bobobo-bo Bo-bobo, JoJo’s Bizarre Adventure, and Ultimate Muscle. Matsui learned his trade working as an assistant to manga artist Yoshio Sawai, creator of Bobobo-bo Bo-bobo. In 2005, Matsui debuted his original manga Neuro: Supernatural Detective in Weekly Shonen Jump. In 2007, Neuro was adapted into an anime. In 2012, Assassination Classroom began serialization in Weekly Shonen Jump.
Add favorite  Favorited Manga trailer

Kiyohara, the malicious and decadent governor of Shinano, is determined to crush any dissent within the province. When Hoshina Yasaburo, a member of the Suwa sect, rises up in rebellion, Suwa Yorishige dispatches Tokiyuki and the Elusive Warriors on a clandestine mission to aid the rebel leader. But how can Tokiyuki help the Suwa sect when its soldiers are more determined to die in battle than to achieve victory?

Other The Elusive Samurai volumes

If you like The Elusive Samurai, VIZ Editors recommend: 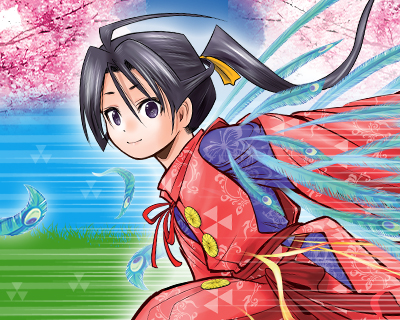 Never miss a new release. Add The Elusive Samurai to your favorites, and start following it today!