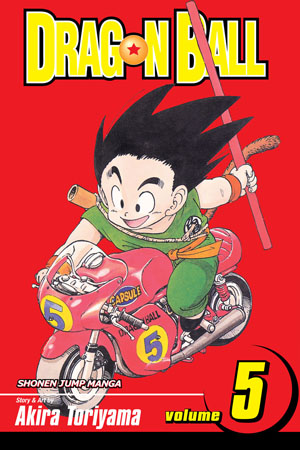 In the final round of the "Strongest under the Heavens" martial arts competition, it's down to Goku vs. Jackie Chun, the mysterious old man who's as powerful as Kame-Sen'nin himself! Will the audience survive the confrontation? After the smoke clears, Goku jumps on his flying cloud and returns to his quest to find the seven Dragon Balls, but now he's not the only one looking for them. The evil Red Ribbon Army wants the Dragon Balls for themselves, and to stop their plans, Goku must go around the world--and survive the six deadly floors of Colonel White's fortress, Muscle Tower!