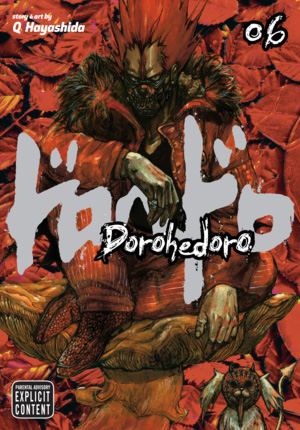 Caiman has left the Hole behind for the Sorcerers' dimension in an attempt to unravel the mysteries of his past. As the Sorcerers' "Blue Night" festival draws to a close, Nikaido finds herself taken captive. Supernatural crime-syndicate boss En has taken an inordinate interest in her abilities, which may be far different, and far more powerful, than anyone suspects. Oblivious to his best friend's danger, Caiman continues his quest to determine his true identity, picking up some unexpected help—and meat pies—in the process. But once he gets wind of her predicament, he makes a beeline for En's heavily guarded fortress of a mansion. Prison confessions, daring escapes, strange tattoos, unexpected reunions, and devils aplenty abound in this volume of Dorohedoro!