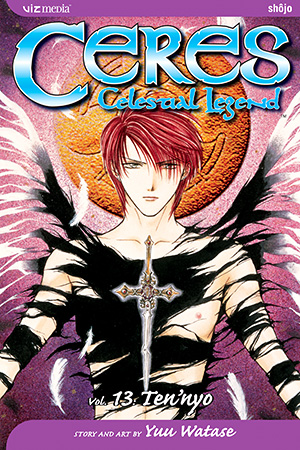 Survival Of The Species

Escorted about the facilities of the C-Project laboratories like the prize Mikage breeding-stock she is, Ceres uses the existence of Tôya's child, now thriving inside her, to taunt the monomaniacal Kagami. An outraged Kagami tries to kill Ceres, but will another's sacrifice be enough to protect this "First Mother" of all Celestial Maidens? Aya, initially horrified by Ceres' claim to be "no different" than her relative, Kagami, eventually receives from Ceres the truth--about the past, about how things really were between her and the Progenitor...and about the shocking nature of the mysterious ten'nyo or "celestial maidens" themselves.

If you like Ceres: Celestial Legend, VIZ Editors recommend: