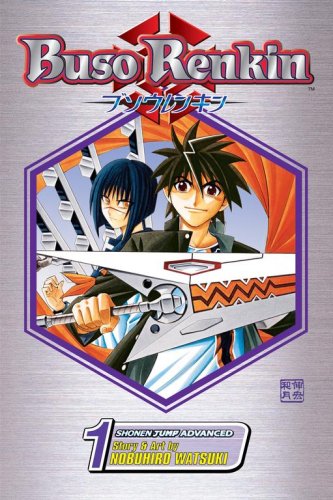 Talk about being at the wrong place at the wrong time! High school student Kazuki Muto had no clue what he was in for when he rescued damsel in distress Tokiko from a monster known as a "homunculus." Disguised as humans--who actually eat humans--homunculi are malevolent creatures that affix themselves to people's brains, and once fully grown, the only thing that can annihilate them is a weapon called Buso Renkin!

Follow the adventures of Kazuki after he discovers that it was actually Tokiko who saved his life by implanting a kakugane--an alchemical device that transforms into a buso renkin--to replace his heart!