A mysterious young woman slithers her way into the lives of unsuspecting people like the legendary multitailed serpent for which she is named—Orochi.

Kazuo Umezz started drawing professionally in the 1950s and is considered the most influential horror manga artist ever. His many horror and sci-fi/horror works include Cat Eyed Boy, Orochi, The Drifting Classroom, Senrei (Baptism), My Name is Shingo (winner of the Prix du Patrimoine in 2018 at the Angoulême International Comics Festival), The Left Hand of God/Right Hand of the Devil, and Fourteen. His popular gag series Makoto-Chan and Again prove that Umezz is also an accomplished humor cartoonist. Umezz's weird style, incredible ideas, and sometimes terrifying imagery have made him a fixture of Japanese pop culture, and his work has been adapted into movies, anime, and collectibles.
Add favorite  Favorited

The second volume of Umezz’s classic horror manga begins with “Prodigy,” in which Orochi watches from the shadows while a baby boy matures and proves that you never know who someone will grow up to be. In “Home,” Orochi accompanies a man home after an accident—but as they say, you can never go home again… Finally, in “Key,” the rules of good and evil are blurred for two families when Orochi moves into a new apartment. 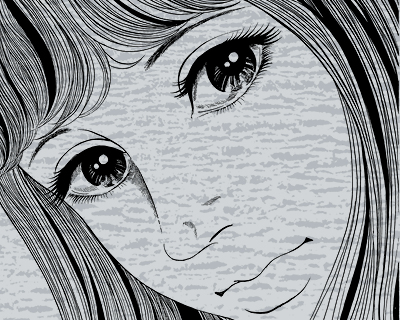 Never miss a new release. Add Orochi to your favorites, and start following it today!