As one might expect, Paper Mario: Sticker Star’s world consists of 2D renditions of its characters (which flip over when they turn left or right), set against 3D backgrounds. The interaction between the 2D and the 3D gets even crazier with the 3DS’ lenticular display, employing tilted angles and other such visual tricks to (literally) bring new perspectives to the game. Secrets are everywhere, and levels become exploratory quests that feel impressively unique. 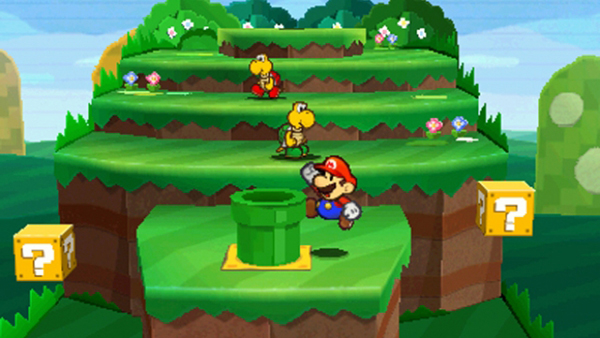 The game is full of funny touches, as well. A weapon called the Slaphammer, for instance, sends foes flying back and forth through the screen in rather hilarious fashion. Every historically significant Mario item have been sticker-fied, ranging from mushrooms to fire flowers and everything in between. The stickers must be yanked free; every one goes into your sticker book, which you can reference when necessary. 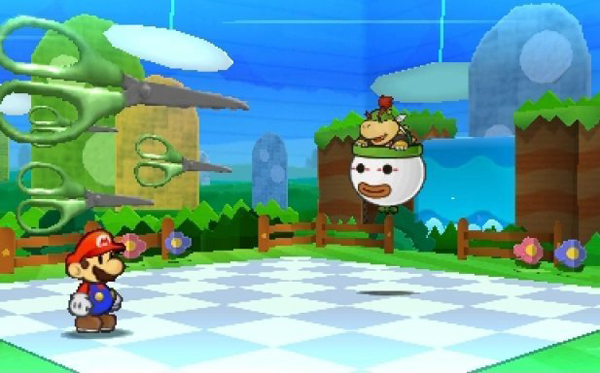 There are some downsides. The game’s puzzle system (which plays a rather important role) feels stiff and repetitive, and some of the boss battles are weirdly unbalanced. These flaws undercut what is an incredibly charming and beautiful game. But it’s still worth checking out. 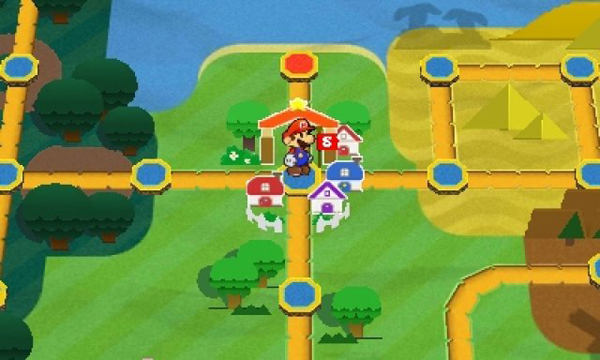 Hint: Use the Goat sticker to chew up paper enemies into little balls.