In high school, before anyone had even heard of a PC, I discovered something known as a “programmable calculator.” I used to make games during class and play them with a friend who sat beside me. Looking back, this was my first encounter with games or programming.

That calculator was made by Hewlett-Packard. Astronauts brought these devices on the Apollo-Soyuz Test Project, and are said to have used them to calculate the angle of their antennas. At the time, they were really expensive, but once I’d saved up half the money working part-time washing dishes, my father agreed to chip in the rest. 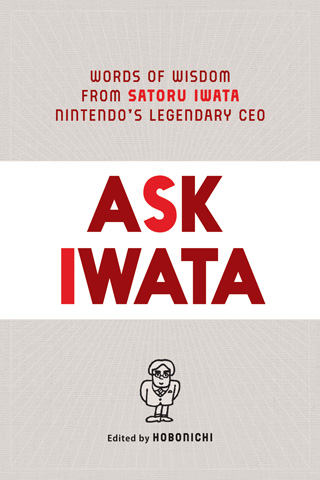 I went crazy for this calculator. I had no hobbyist magazine to turn to and nobody to teach me, so I had to figure things out on my own. Through trial and error, I came to realize, “Hey, I can do this, and I can do that, too.”

In retrospect, this was a pretty unique calculator. First off, it had no equals key. If you were adding one plus two, you pressed 1, then hit enter. After that, you would press 2, and finally the plus key. This way of inputting the numbers reminded me of Japanese word order, where it would sound something like this: “If one and two are added, and that and four are multiplied, and twelve is subtracted, what do you get?” The only thing missing was the equals sign, and I don’t think most people actually missed it. I was hooked on figuring out how to use this thing like a pro.

Playing around, I managed to create a game, and sent it to the Hewlett-Packard distributor in Japan. They were absolutely baffled. They must have been like, “Whoa, what’s this high school whiz kid doing up in Sapporo?” Speaking from experience, this would be like if some high schooler sent Nintendo a totally finished game that we could put on shelves tomorrow. They must have been amazed. It’s funny—at the time, I had no idea whatsoever just how valuable this thing that I had made actually was.

About two years after I got hooked on that calculator, Apple released its first desktop computer out into the world.

But as soon as I was able to test out one of these new computers, my fantasies evaporated. I realized the computer was not some dream machine, capable of anything. To put it differently, while I was still in high school, I got a pretty good grasp of what computers were good for, and what they were not so good for.

I’m really lucky that I had a friend seated beside me who enjoyed the games that I was making on my calculator.

That friend was a pretty interesting guy … in a sense, I suppose he was the first person to appreciate my work. My very first customer. User number one.

As human beings, unless we have someone to compliment our work and enjoy what we’ve created, we’re not apt to go out on a limb. Which is why meeting this friend in high school had such a positive effect on the course of my life.