Just in time for Halloween, the spooky new game from VIZ Media and Rose City Games is available now on Steam Early Access at a special price of only $9.99! If you’re a fan of cats, monsters, amazing artwork, or hair-raising roguelike action, Cat Lady is the game for you. 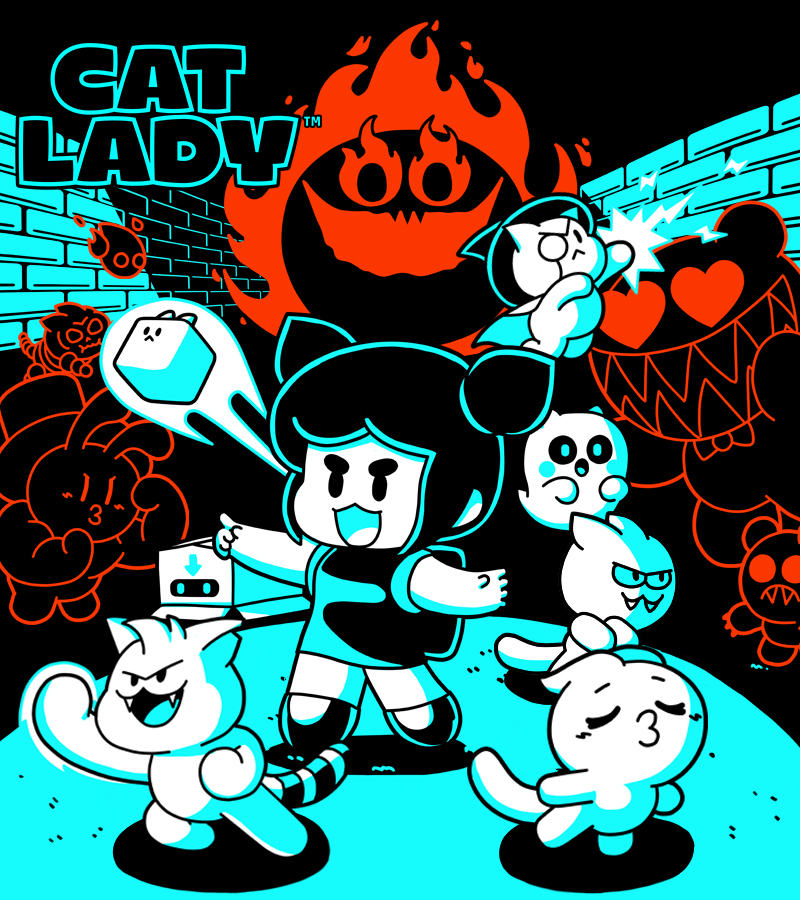 We’ve been sharpening our claws at gaming expos for the past few months, winning the Audience Choice price at The MIX during PAX West, and being named one of Game Informer’s top indie games at E3, and now it’s your turn to get in on the action.

If you purchase the game today, not only do you get the special Early Access price, and access to the full version of the game when it’s released, but you also get to be a part of the Cat Lady crew! We’ll be releasing content updates, new cats and more levels over the next few months, and we want your feedback to help us make everything is purr-fect!

Got questions about the game? Want to trade cat attack tactics with other players? Found a bug and want to let us know about it? You can do all that and more on the Cat Lady Discord server! Join up here and be a part of the cat community!

And if you still haven’t played The World Next Door, our puzzle-battle game from earlier this year, we’re putting it on sale this week for 70% off on Steam and Nintendo Switch so check it out!