I love B movies. It’s hard to put my finger on exactly what it is that makes these flicks speak to my heart, but they do. It’s even hard to quantify what exactly makes a B movie a B movie, but I’ll try. Usually they have a small budget, feature shocking or exploitive elements, and are “schlocky,” a.k.a. cheeeeeeezy. Some big budget movies like Face Off or Starship Troopers have big budgets, but are so schlocky they are classified as B movies. The “so bad it’s good” concept often applies to popular B movies. 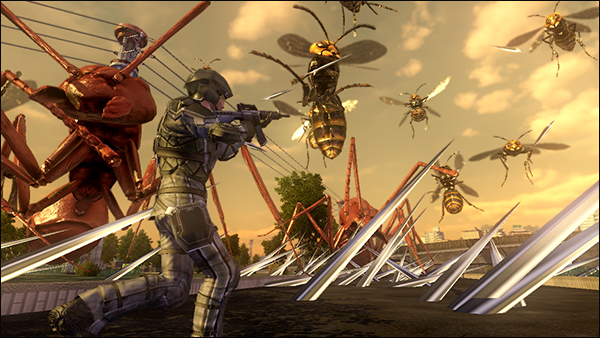 Now, this brings me to the concept of a B video game. This is a relatively unexplored concept and I don’t think there’s as much of a fervent following for B games as movies. Like a B movie, a B game usually has a smaller budget, shocking or exploitive elements and a heaping helping of schlock. They also may include wonky gameplay mechanics that induce unintentional laughter. Some of my favorite B games are Stranglehold, 50 Cent: Blood on the Sand, and of course, the Earth Defense Force series. 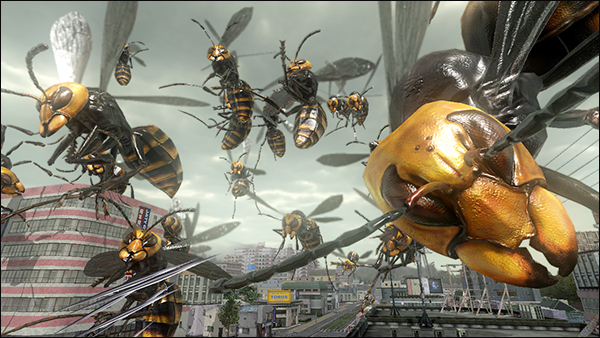 The EDF series has always been a bargain-basement bug-blasting affair. But despite its crude graphics, silly voice acting and mindless gameplay, it has developed a following. Did I say “despite”? I meant “because.” It has become the B game standard, and like great B movies, its flaws have become part of the appeal.

It’s also got a damn good hook—shooting giant bugs with guns. That is about a fun of a concept as any video game can have. You can take revenge for every bug that ever bugged you! Seriously, there aren’t many things more fun than running around a big city, blowing away wave after wave of giant insects, while listening to the screams of terrified citizens and your own troops' ridiculous chatter. 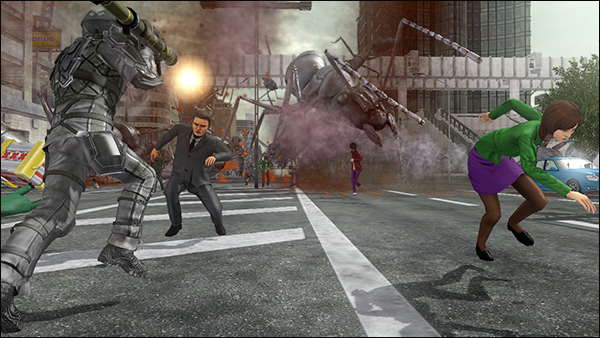 Another factor to EDF’s inexplicable appeal: it’s an action game boiled down the most basic elements. In this era of complicated games with hour(s)-long tutorials, it’s refreshing to pick up the controller and instantly know what to do—KILL DEM BUGS! The game’s simplicity is one of its greatest strengths, and it reminds me of something you’d find in the corner of a dingy early-90s arcade. I almost feel like this game should be played with a light gun. 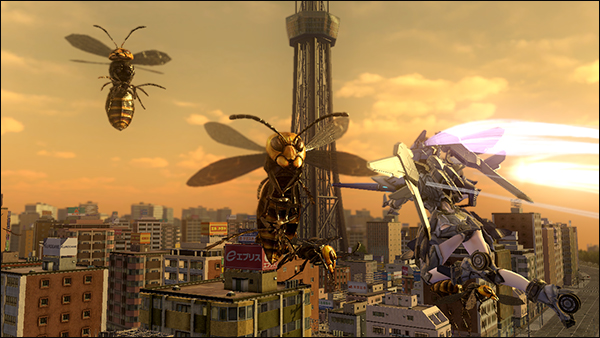 The game features four playable character classes, ranging from the fast and airy Wing Diver to the slow and ponderous Fencer. They’re all worth a try, but I stuck to the tried-and-true Ranger, a.k.a. the normal guy with the gun and bazooka. He seemed to work the best in the most situations. The game also features lots of weapons to experiment with and plenty of different enemies to destroy. Missions are pretty much the same—go out and kill everything with more than two legs. But that’s not a bad thing in this case, because it’s part of what gives the game its simplistic charm. 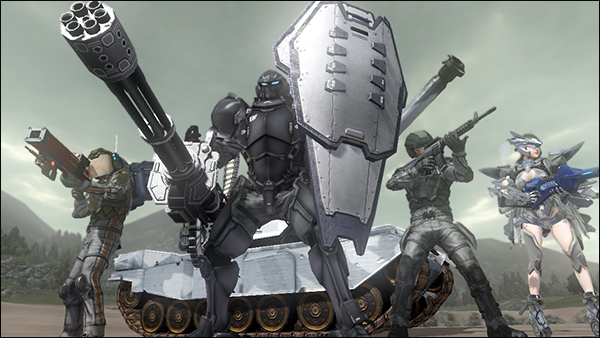 While Earth Defense Force 2025 won’t win any awards, it will win a lot of hearts. And like B movies, it’s best enjoyed with a good friend. Preferably with one who has a twisted sense of humor and can appreciate the sillier aspects of the game. And it’s only $49.99, which for the entertainment value is a steal in my book.

Hint: Feel like you're squashing bugs too easily? Up the difficulty and get better drops!