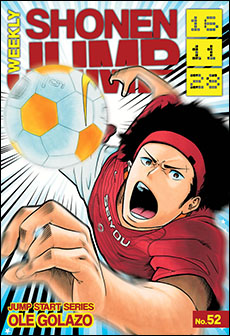 It's a new JUMP START! And one that I think you'll get a kick out of. I know I did! One of the reasons I love sports manga is I get to learn about a sport I don't know anything about. In just one chapter I've learned quite a bit about soccer. See, learning can be fun!

If the GOOOOOOOAAAAAAAALLLLLLLLLLLL of this mangaka was to entertain me, then I'd say they succeeded. This is a very funny manga! And the funniest thing about it is the wacky main character. His name is Banba and he is quite a guy! A bit of braggart, a total goofball and a former Tae Kwon Do junior champion. But since being banned from the sport, he's trying to find something to take its place. Soccer was the last thing on his mind, but fate is fickle and through a series of hilarious events he finds himself thrust into a new world! 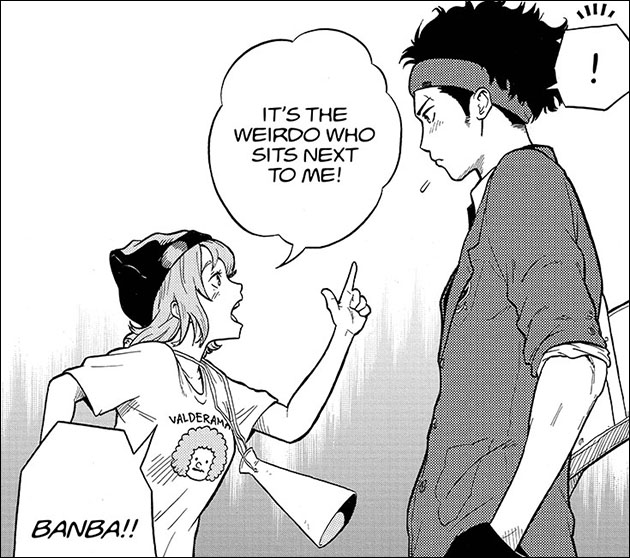 You better sit down for this one--Asta finally reveals his big special move! And boy is it special. Truly. We all tried to guess what it was at the end of this SJ Podcast, but were totally wrong! Find what it is and what it's called!

While Emma and her inner-circle ponder the secret owl-based messages in the library books, Don and Gilda decide to take matters into their own hands and investigate Mom's secret room. What mysteries lie within?! Probably not scrapbooks and embarrassing childhood photos, that's for sure! 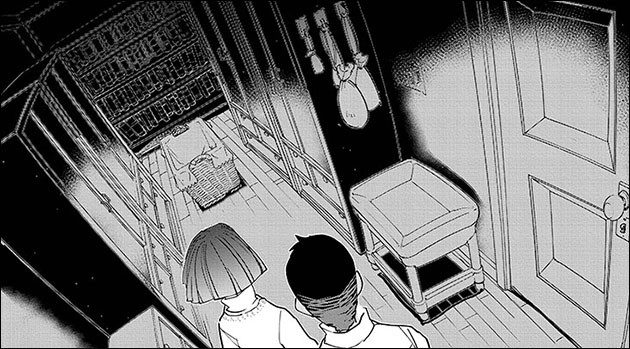 A big chat with Big Mom coming your way! Obviously, she's a mean, scary, demented villain, but every chapter we get a closer look at her just makes her seem even worse! She may be Luffy's most diabolical villain yet, and that's saying something. If you already thought she was cruel, wait until you see her hobby!

Bakugo's finally had it with Deku's unexplained success. He thinks he's figured out the secret of Deku's Quirk and confronts him. Has he guessed the source of his power? And what will he do if he's right? 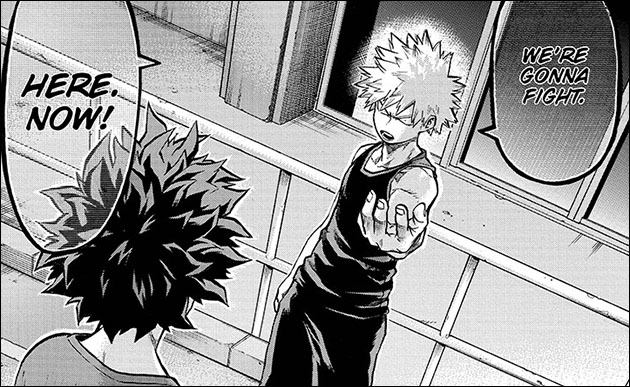 A major plot twist in this chapter! Something that changes the whole trajectory of the manga! You've got to read it to believe it! I mean, you literally have to read it to understand what I'm talking about and then decide if you believe it. This changes everything!

In last week's chapter, Bolo and Carlos' dream of using their hard-earned money to get a wish from a demon took a dark turn when Carlos became a demon! In a desperate attempt to save him, Bolo has also become a demon! But being a demon turns out to be more complicated than it seems as Bolo finds out the hard way... 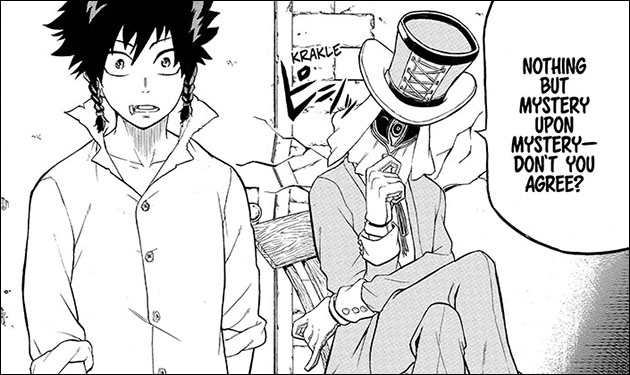 The story shifts gears a bit from a fight with a giant armored guy to a fight with a...train? Train robberies are always exciting especially when the train is guarded by scary-looking robots! The quest for magic dust continues!

It's the final chapter of Red Sprite! It's been fun watching Tatsu's rebellion and learning about the complicated political landscape he's trying to navigate. As far as world-building is concerned, this manga had a lot going for it. We learned quite a bit in a short time and it was fun to imagine all the possibilities. But alas, all manga come to and end and some in a shorter time than others. I am definitely looking foward to seeing what Tomohiro Yagi dreams up next! Whatever it is, I am 100% sure it will be memorable!