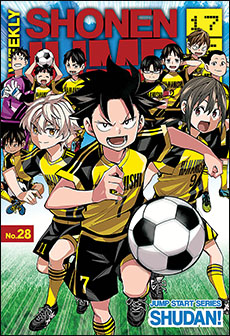 Hey, it's a new JUMP START! Even though the previous JUMP STARTS that became regular series have been in the magazine awhile, they still feel JUMP STARTY to me. I guess it takes some time before that fresh JUMP START smell begins to fade and they fully take their place as a regular series in my mind. But for now, it seems like we're practically all JUMP STARTS! Not that I'm complaining!

This manga is fresh! In the 80s rap slang way and in a story content way. It's tough to make sports manga feel fresh, but mangaka Yokota Sensei has pulled it off. And not only that, he's created some very likable characters. I usually don't get too attached to characters right off the bat, but these guys and gals are just so adorable! And there's also a lot of humor packed into this first chapter too. Plus, good art! This JUMP START pretty much has it all!

One Piece is the best-selling manga ever and one of the best-selling books of any kind as well. And it's chapters like this that make it crystal clear why--Oda Sensei's still got it! Even after 84 volumes of manga, he's still firing on all cylinders and turning in jaw-dropping chapters. I'm not going to spoil any of it, but WOWSERS, this is one helluva manga!

Robo has a chance to be a starter on the high school golf team. But it won't be easy! In a very short time, he has to not only get his score down to a ridiculously low level, he's got to build up his endurance! Looks like the beginning of his long road to beating Yozan in a game is just beginning! 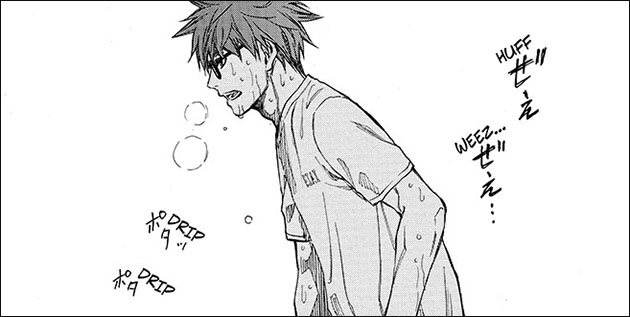 Things seemed to be going fine for Yuiga and his attempts to help his classmates overcome their deficiencies to certain academic subjects. But when he gets called into the Student Guidance Office by the cold and intimidating Kirisu Sensei, he begins to sweat. And when she starts grilling him about some of the compromising situations he's found himself in—things get really tense! Has his short tutoring life come to an end?

The first round of the shokugeki has gone to the Resistance! Hands down! They've managed to completely defeat Central in the opening exchange. But this is a long battle and Dean Azami isn't even shaken by the loss. The second round is about to begin! 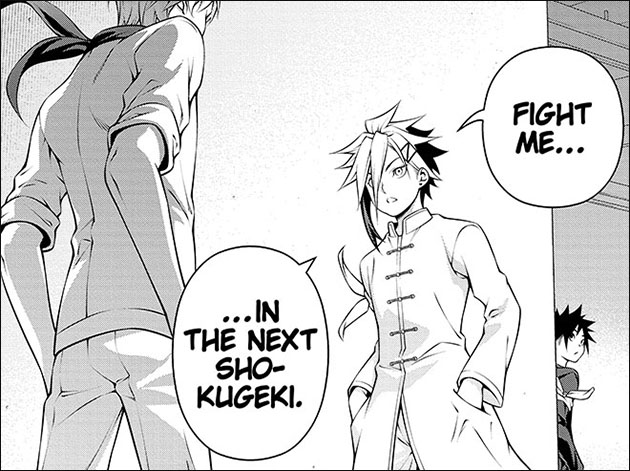 The kids are being chased by a giant super-gross monster!!! In the last chapter, the kids were planning their next move and got rudely interrupted by a six-legged, multi-eye monster with a whole lot of teeth! They've played tag with Sister Krone, but if this thing catches them, they're lunch! Apparently, life outside the orphanage is eat or be eaten!

Just as the big magic tournament is getting started a crazy guy in a scary-looking mask shows up! Not just shows up, but puts his arm around the Wizard King as if they were buddies! And just when it seemed like things couldn't get more chaotic, the teams are announced and guess who ends up paired with Asta? Looks like this tournament will be full of surprises! 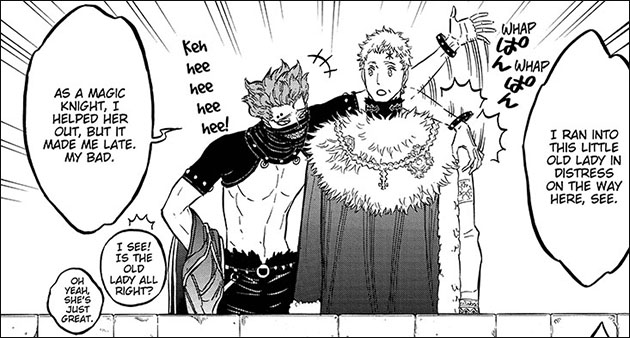 The flashback of Senku's first lonely days as the only un-stoned person on Earth continues! He's got the basics like food, water and shelter covered, now it's time to move onto other important things--like figuring out how to un-stone other people, mainly his best friend Taiju! See how his early experiments turned out!

One-Punch Man
story by ONE, art by Yusuke Murata

Just as the big martial arts tournament finishes, a monster appears! Formerly a martial artist himself, he's been turned into a vastly more powerful, and monstrous, being by the Monster Association! And now he's come to recruit! Will these proud martial artists sell their souls, and human bodies, for more power?! What would Mr. Miyagi say?! 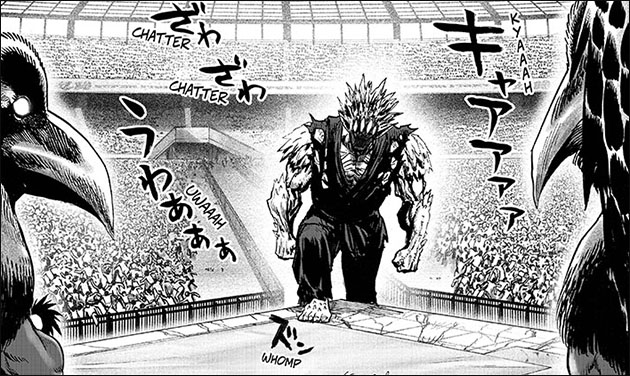