Two years ago, I fell in love with Digimon Story: Cyber Sleuth's modern, stylish, pop-infused reimagining of the Digimon RPG formula. The unique, Summer Wars-esque setting and quirky characters hooked me. The addictive digivolution system, where the evolution tree felt like a vast frontier to be explored, kept me coming back for 100+ hours. But there’s one aspect of the 2016 game which started to feel a bit lacking whenever I’d think back to it: the story. It was a fun rollercoaster, but after two years the awkward juggling of several disconnected narrative threads all blurred together, not leaving much of an impression. Digimon Story Cyber Sleuth: Hacker’s Memory feels like a long-lost B-side that fills that void. It delivers a surprisingly emotional, character-focused story that rivals the best of the Digimon anime and has quickly become my favorite story in the franchise. 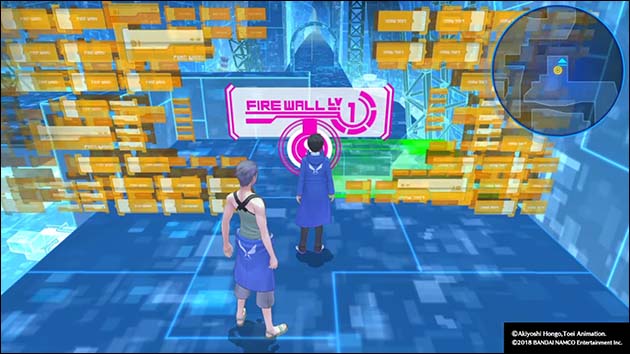 Hacker’s Memory is a midquel to Cyber Sleuth, a parallel narrative set alongside the events of the first game. It follows a boring background character, Keisuke Amazawa, as he gets swept up in the world of hacker gangs and Digimon battles. His account hacked and framed as a criminal, Keisuke joins cyber-handymen-slash-hacker-team Hudie to find his account and clear his name. As he navigates the world of feuding hacker gangs, Hudie weaves in and out of the gaps of Cyber Sleuth, running into key characters when they were off-screen in the original game, or seeing key events from different perspectives (think Back to the Future 2). Initially, I was skeptical of how well a new story could fit between the lines of Cyber Sleuth without contradicting things, but Hudie fits into this world naturally and seamlessly. 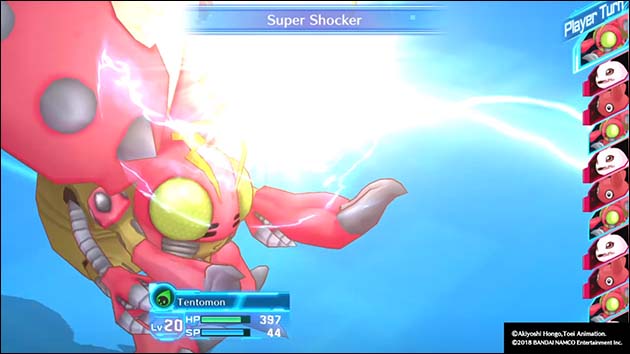 The Hudie team—comprised of leader Ryuji, coordinator Erika, and malware-specialist Chitose—are the real stars of the show. Missions with the team give off the vibe of heist films, everyone bringing their own specialty and coordinating like a well-oiled machine. Hangouts with the gang between missions rivaled Final Fantasy XV’s ability to bond me to these four close friends. Also, one of the most compelling and disappointingly underdeveloped characters in Cyber Sleuth, Arata, gets a lot of extra depth in this game by tying Ryuji and Chitose to his troubled past. Much of Cyber Sleuth’s drama came from big, world-ending stakes, but Hacker’s Memory focuses down on this group of four and their more grounded, complex character drama, which I found immensely refreshing and more compelling. 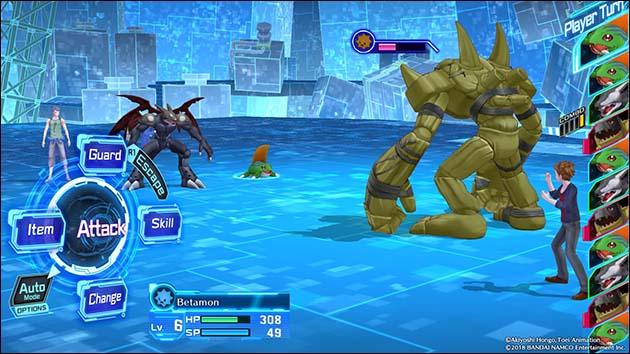 It’s important to keep in mind that Hacker’s Memory is not a traditional sequel (with a whole new coat of paint and new systems from the ground up) but instead feels like going back to Cyber Sleuth and discovering there was a secret Disc 2 with a second half of the story you never experienced. Despite a couple new mechanics, the game does largely feel like you’re just playing more Cyber Sleuth; that might be disappointing to some people, but I think it’s more than worth it for the excellent characters and story. The structure of story events broken up by side quests is largely unchanged; instead of taking on investigation cases from Kyoko’s detective agency, you take on job requests posted on Hudie’s message board. Like the original game, Hacker’s Memory has its fair share of wacky missions (like interrupting a fight between Digimon comparing their poop…) and lots of winks and nods to scenarios from the anime. 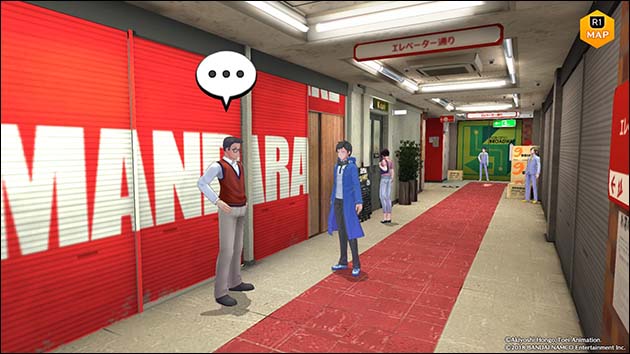 There are five major additions to Hacker’s Memory: ~70 new Digimon, optional cutscenes scattered as “memory” items, some light elements of tactics RPGs with Domination Battles, some light elements of dating sims with turf wars missions, and—most important of all—wacky hats. Domination Battles are an interesting change of pace (and it can feel really satisfying to control multiple hacker characters in pivotal scenes), but hats are the real innovation. As silly as it is, throwing a crown on a BlackWarGreymon or making any Digimon into a goggle-head is a perfect fit for the Digimon franchise’s silliness, and choosing the perfect ridiculous hat can feel as satisfying as building the perfect team. 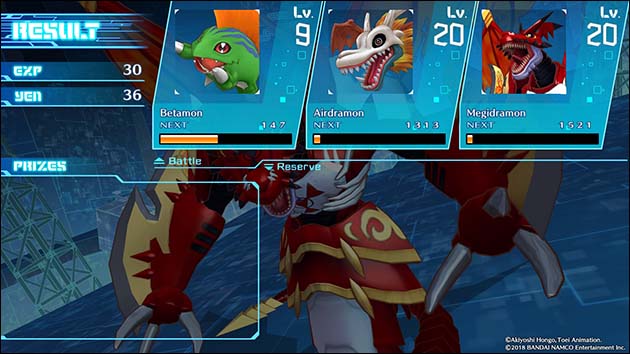 There’s an episode early on in Digimon Adventure where the kids are facing up against Datamon and his pyramid. There’s a facade pyramid above ground and the real pyramid is a mirror version underground, but once they get to the bottom of the underground pyramid they realize Datamon is actually hiding in a third pyramid even lower. That’s how I felt playing Hacker’s Memory. I went in expecting the second pyramid, a game that was just a mirror image of Cyber Sleuth, the same story told from a different point of view, awkwardly stitched into the gaps of Cyber Sleuth’s narrative. But what I got was a third pyramid. Hacker’s Memory is the first Digimon story with a cohesive and thought-provoking theme: as we move more and more of our presence into digital spaces, is the physical world actually any more “real” than the digital one? What does it mean to be stuck in between? Is the person we are in the physical world more “real” than the person we are online? 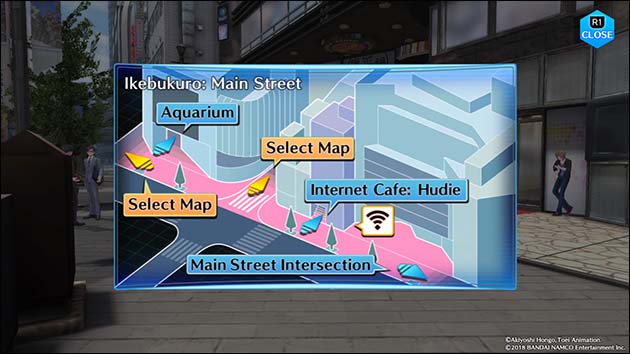 The primary vector for these thematic questions is Hudie member Erika, who has a rare medical condition that requires her memories be stored on the internet, and also begins sharing her memories with her Wormmon companion. It’s absurd futuristic sci-fi technology, but it presents interesting questions about ourselves, memories, and realities that are relevant today in the way that the best sci-fi stories do. Digimon has dabbled with questions like these from time to time, but never in a way that was so core and central to a story’s narrative. As much as I love the Digimon series, I long ago accepted that it just wasn’t a series that did big, central themes (aside from obvious cliches, like friendship conquering all). I’m so excited and impressed that this is a game Digimon fans can come away from remembering that it was about something. 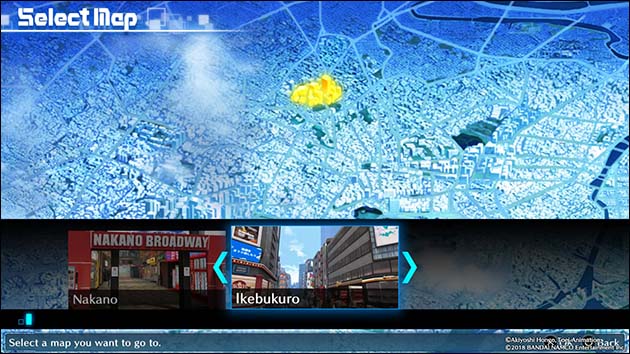 As an iterative “Disc 2” to Cyber Sleuth, Hacker’s Memory assumes pretty strongly that you’ve already played the original. Without that context, there will be lots of story points that feel confusing or lackluster, or side characters who are treated as important for no reason. But, for people who’ve experienced the original, Hacker’s Memory is an extremely impressive addition. I’ve been delighted by this game in so many ways, from laughing alongside characters I’d grown to love, to discovering new Digimon I’d never even seen before, to taking down rival gangs obsessed with poop. I can’t recommend this game enough, and I’m thrilled to see where future Digimon games go from here.

Hint: Most of the hats are only available through the online battle system, which is really tough and intimidating. Most players you’ll be matched with will easily crush you, and I found even NPCs to be practically impossible to beat. But there are lots of Event Battle missions which don’t actually require winning, and you can rack up lots of coins and hats by checking in on these regularly.