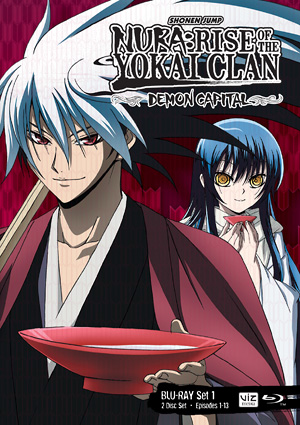 Nura: Rise of the Yokai Clan continues with this action packed series based on the hit Shonen Jump manga!

Peace has returned to the Nura Clan following their victory against the Shikoku yokai. But things do not stay quiet for long. Ryuji Keikain, brother of Yura the onmyoji, arrives in Ukiyoe Town bringing dire news: Hagoromo-Gitsune, the great yokai who was once stopped by Supreme Commander Nurarihyon, has returned! The Third Heir Rikuo Nura must now travel across Japan to gain new powers and allies in order to face down his most powerful enemy!