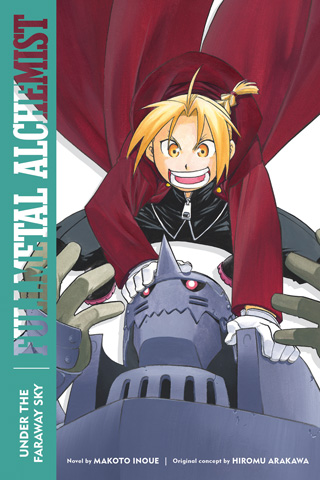 It’s only been a year since the Elric brothers set out on their journey to find the elusive Philosopher’s Stone. But a lot has happened in that short time. For one thing, Edward has become an official state alchemist. And as such, he often finds himself embroiled in one dangerous situation after another. Now, sidelined with a fever in a remote village, Edward comes face-to-face with a childhood friend. Even though he’s become a valuable member of his country’s military organization, Edward can’t help feeling a pang of jealousy during this unexpected reunion. While he and his brother are bound to their cruel fate, his friend is busy making his dreams come true. Once again Edward must wrestle with the consequences of his alchemically altered past.

Also included in this volume is a heartwarming story featuring Roy Mustang, Maes Hughes, and Alex Louis Armstrong. The trio of alchemists takes a holiday in the woods and discover a mysterious village populated only with children.