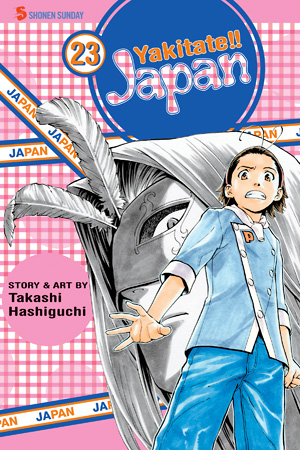 Young Yamatoya, a spoiled brat with a thing for bread, is back--and this time he's trying to buy a job as a bread judge. But when master taster Kuro-san decides to teach him a lesson about hard work, Yamatoya realizes he may have bitten off more than he can chew. Later, Azuma's team Pantasia is in a bind when their next opponent in the "Yakitate!! Japan" baking competition turns out to be an old rival who's caught in the grip of a powerful mind-controlling substance: miso bread! Can goofy Kawachi resist the temptations of the mental miso and protect his friends? Probably not...which means it'll be up to Azuma's simple buns to bail the team out again!