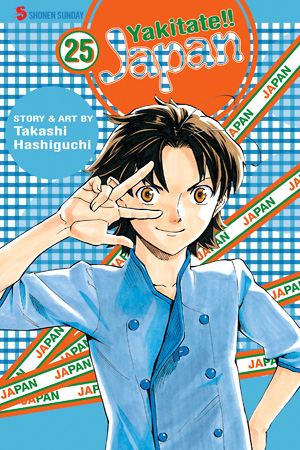 Azuma and his long-time bread battle partner Kawachi must compete with one another in order to obtain a magical grain called "Dharma." Though he's played the fool all along, Kawachi picks up a handy skill that just might give his creation the edge over his old friend's dutiful dough. Later, the team's former rival Kirisaki cooks up a plan to control the world through his sinfully delicious bread. The fate of the universe hangs in the balance as Azuma works tirelessly to perfect the recipe for his ultimate--and potentially universe-saving--Ja-pan!