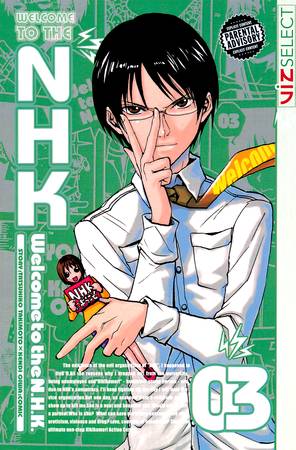 Satou may have survived his mom and the urge to put an end to it all, but now he's taking his battle online! When Satou gets caught up in the MMORPG craze, will hours of play help him escape his shell...or send him deeper into desperation? Misaki is there to lend a hand but there are some forces out there that even she can't beat--like the scamming company that's determined to bring Satou down...and Misaki with him!

If you like Welcome to the N.H.K., VIZ Editors recommend:

I’ll Give It My All...Tomorrow