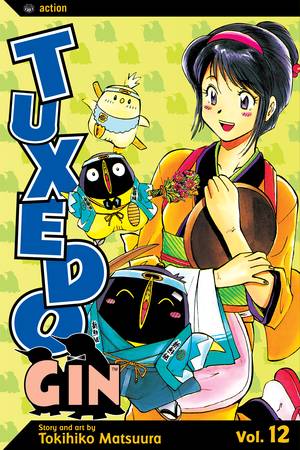 Break out the seaweed cigars--Ginji is a father! Or, more accurately, the reluctant guardian to a badly behaved fledgling penguin named Popo who has imprinted on him. In between rescuing bratty Popo from a fatal fate at the paws of a feline, Ginji is intent on rescuing Minako from the "love that cannot be named," and Mike the genius penguin from himself. But when Gin attempts to play peeping penguin at Minako and her friends' physical fitness exam, who will rescue him!?