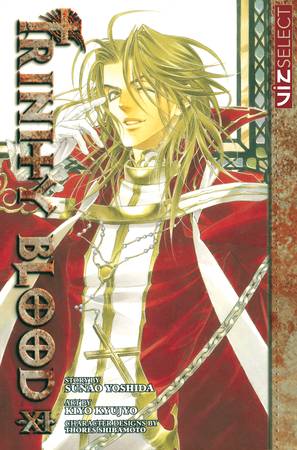 In the damaged city of Istvan, where the populace clings to the hope of their Holy Saint Esther, intrigue and vengeance lurk around every corner.

Ester and Schera are on the run from both AX and the Department of Inquisition, framed for a kidnapping and attempted assassination. A new member of the AX is hot on their tail-Sister Monica Argento, the Black Widow-and her powers are formidable. But it's not only the Vatican who has taken an interest in the proceedings in Istvan. The mysterious man from Albion has his own plans for Esther and co., and he may prove to be the most formidable of all.