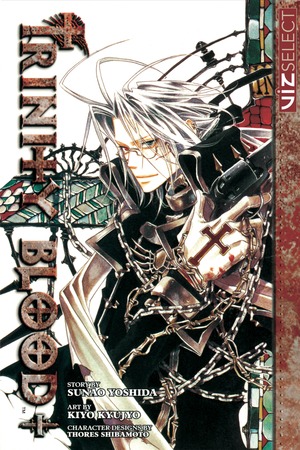 In a dark and distant future, Armageddon has given rise to the fabled Second Moon - and a perpetual war between the vampires and the humans!

Esther is a nun in the city of Istavan.  When she crosses paths with Abel Nightroad, a priest sent from the Vatican to combat the local order of vampires, the two form a holy alliance to battle the most evil of threats.

In this gorgeous, gothic-action series - part of the super-popular Trinity Blood franchise - the very survival of the human race is at stake!