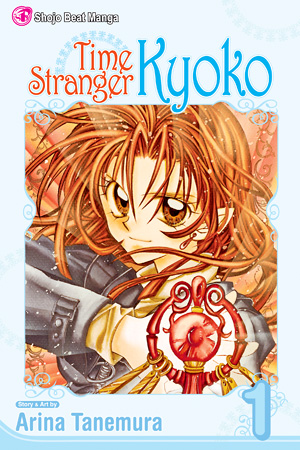 Kyoko Suomi is the princess of Earth in the 30th century. She lives among the commoners, unwilling to reveal her true identity and ascend the throne. The king will allow Kyoko to live as she pleases if she can revive her twin sister Ui, who has been trapped in time since birth.

As Kyoko's 16th birthday approaches, crowds are rioting while she refuses to present herself to her subjects. But in order to revive Ui, Kyoko must find 12 holy stones and 12 telepaths to move the clock that has stopped time for her sister.

If you like Time Stranger Kyoko, VIZ Editors recommend: