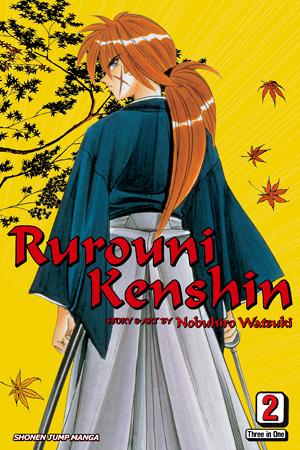 Shinomori Aoshi was once the leader of Edo Castle's elite guard, the Oniwanbanshū. When the shōgunate was overthrown, Aoshi and his men were deprived of both home and purpose. All that's left to them now are their fighting skills, which they've put to service as a mercenary guard for the industrialist Takeda Kanryū. However much sympathy Kenshin might feel for the Oniwanbanshū, he's sworn to stop Kanryū's corrupt plans. But in order to do so, he'll have to defeat Aoshi, a shinobi prodigy and master of a deadly twin-sword style.

Later, Isurugi Raijūta, a swordsman of incredible strength and ferocity, requests Kenshin's aid in reforming Japan's swordsmanship schools, to save them from their decline in the modern age. Although Kenshin is intrigued by Raijūta's ideals, he's disturbed by his increasingly brutal methods. Sanosuke runs into some trouble of his own when he's reunited with a member of the Sekihō Army--the doomed civilian-run unit that they both served in during the revolution--who's determined to exact revenge from the Meiji government.