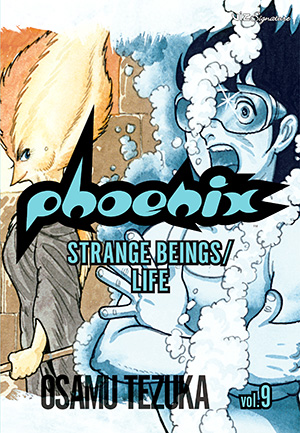 "Strange Beings," the first of the two stories in this volume of Phoenix, takes place in the 7th century. The vengeful daughter of a lord becomes trapped on an alternate plane where she must atone for the murder of her father by treating the ailments of Strange Beings. The second story, "Life," takes place in the year 2155. A television producer devises a plan to boost ratings by televising the hunt of human clones. But things take an ironic turn when he comes in contact with a very special bird!