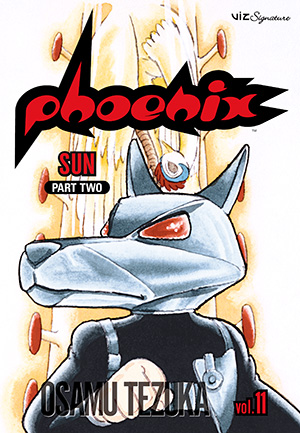 Wolf-faced warrior Harima fights on behalf of the once-deified Ku tribe, who are persecuted as demonic after the introduction of Buddhism to Japan. This conflict is mirrored in the 21st century, when Harima's counterpart, Bando Suguri, fights against an oppressive Phoenix-worshipping group.

Sun is the longest chapter in the Phoenix series, and its structure is threefold. Harima's story in 7th century Japan interweaves with that taking place in the 21st century, while another tale of a spiritual battle bridges both past and future.