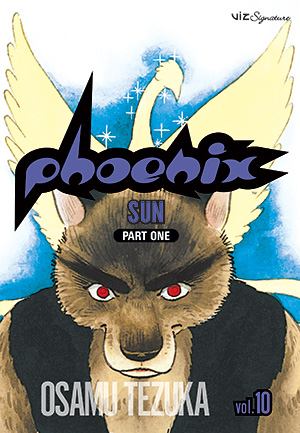 In A.D. 663 a soldier named Harima is punished by being given the visage of a wolf. Rescued by a mysterious old woman, he is tormented by nightmares and gradually senses the spirit of Bando Suguru, a 21st century agent who fights on behalf of banished humans.

Sun is the longest chapter in the Phoenix series, and its structure is threefold. Harima's story in 7th century Japan is interwoven with one set in the 21st century, while another tale of a spiritual battle bridges both past and future.