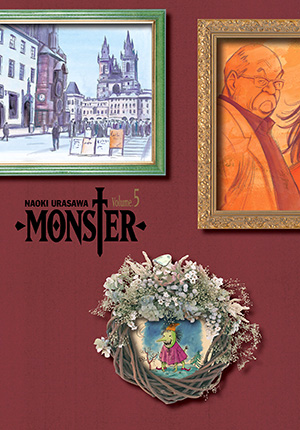 “Once upon a time, there lived a monster without a name. He wanted a name very badly. So one day he made up his mind to set out on a journey to find a name.”

How could this strange Czech children’s story have upset Johan so much? Does the book hold any clues to the mystery of Johan’s birth? One mystery leads to another as events unfold.

The border police spot Tenma when he tries to smuggle himself into the Czech Republic to look for Johan’s mother. With the help of Grimmer, a freelance journalist, Tenma manages a narrow escape. Though the two men part without discussing what brought them together, Grimmer is also deeply interested in the same thing Tenma is looking for—511 Kinderheim, which once existed in East Germany.

The story moves to the streets of Prague…